Ascending the west side of Mount Sutro: 1 July 2016

Donna and I ascended San Francisco's Mount Sutro from the west side of the 909 foot (277 meters) mountain.
The western portion of the mountain was enveloped in morning fog; a cold wind was blowing, and the rain was falling. The west part of San Francisco is the foggiest area of San Francisco, especially in the summer. Fog from the Pacific Ocean barrels into the Sunset District and then hits the western flank of Mount Sutro. On this hike, the eastern side of the mountain was not only less foggy, but there was also no wind nor rain.
After we had descended the mountain's eastern flank, we went to La Boulangerie de San Francisco on Cole Street for some java and pastries. We then walked through the Cole Valley and Corona Heights neighborhoods and took a Muni Metro F-Market & Wharves streetcar from Castro Street/Market Street to Fisherman's Wharf. After which, we took a little stroll in Fisherman's Wharf and proceeded to walk on Columbus Avenue through North Beach. We finished the hike in the Financial District. 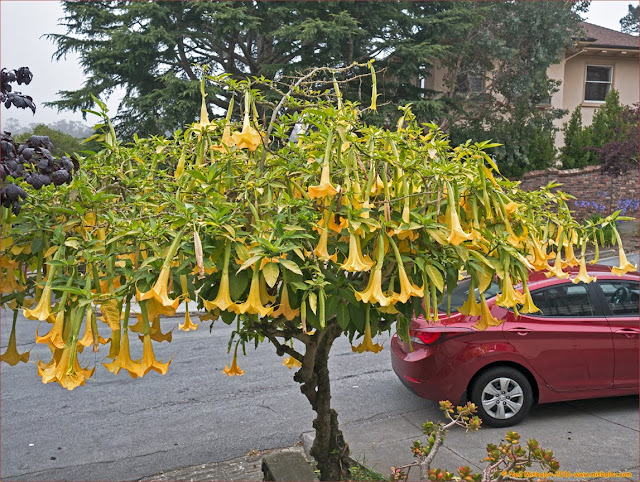