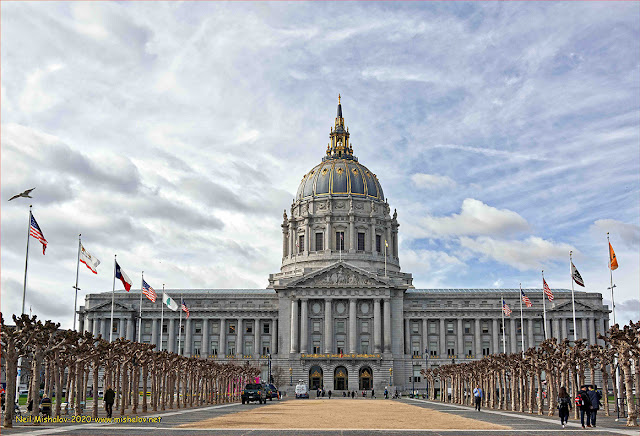 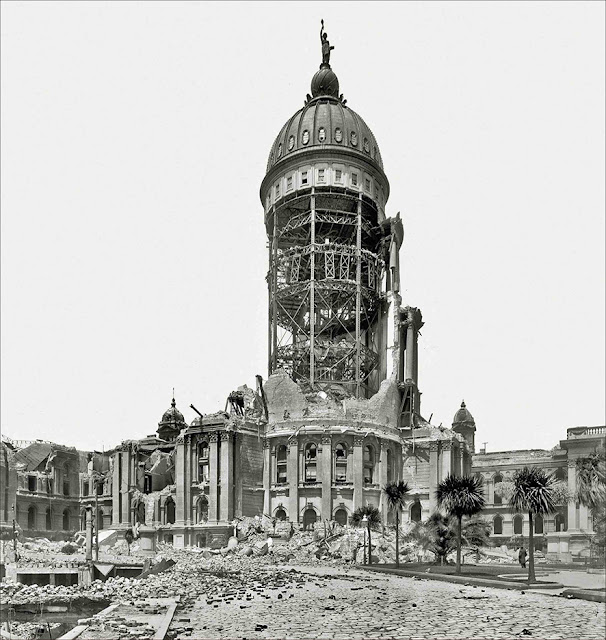 Here is a picture of the remains of San Francisco's City Hall after the 1906 earthquake. 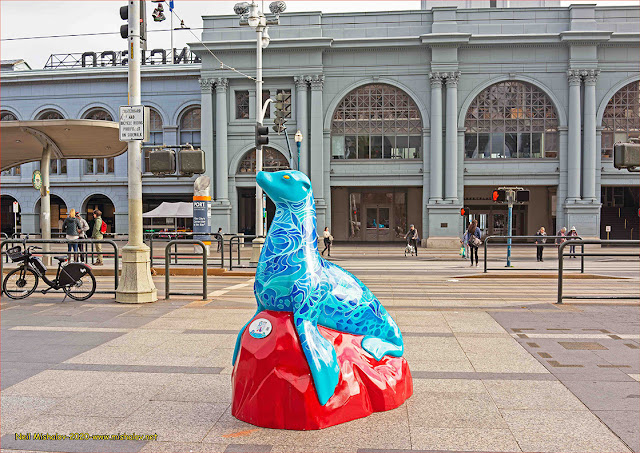 This winsome image of a seal is located in front of the San Francisco Ferry Building. 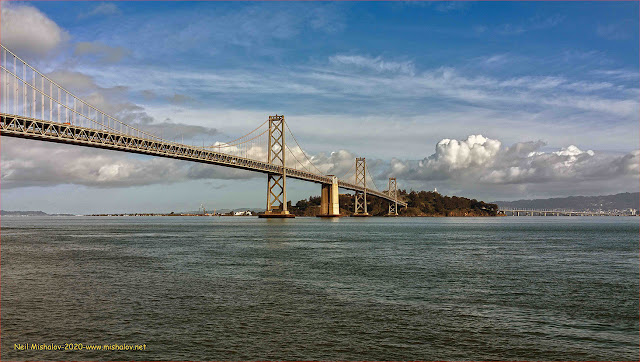 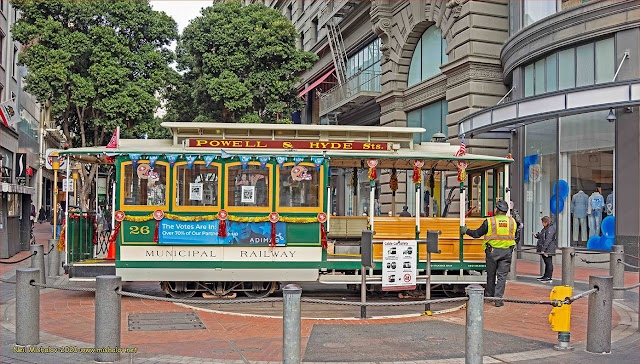 This is San Francisco Municipal Railway cable car #26. It was built in 1887 by the Ferries & Cliff House Railway. It was subsequently rebuilt twice, in 1906 by United Railroads, and in 1982-84 by the San Francisco Municipal Railway. The cable car is seen at the Cable Car Turnaround on Powell Street at Market Street. A cable car operator is turning the car around for its trip to the Hyde Street turnaround at Fisherman's Wharf. 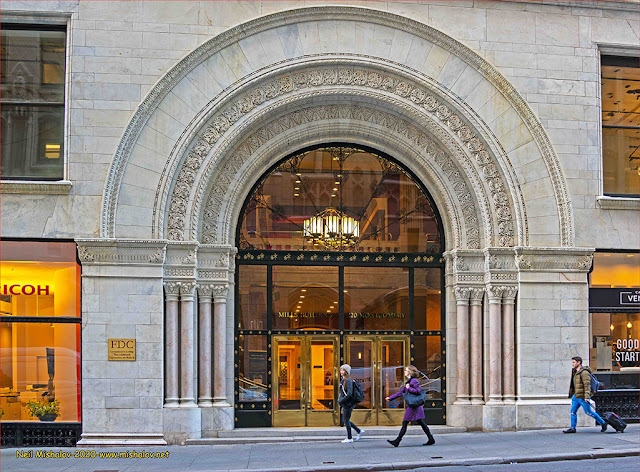 This is the grand entryway to the Mills Building. Construction of the building was completed in 1892. The building survived the 1906 earthquake and was named for Darius Odgen Mills, an early San Francisco financial tycoon. 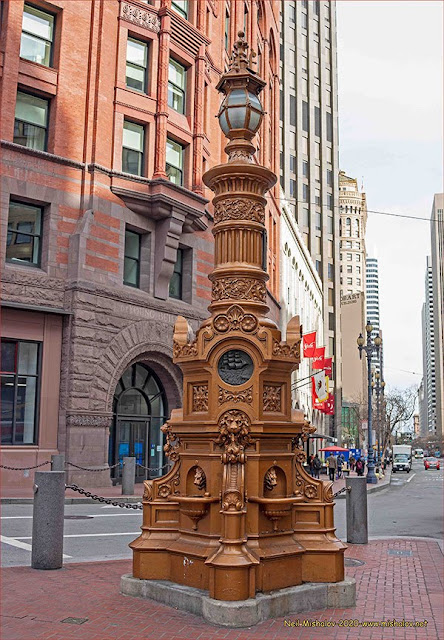 This is a view of streetcar #1056 traveling outbound on Market Street on its way to Castro Street. This vehicle was built in 1948 by the St. Louis Car Company for the Philadelphia Transportation Company. The San Francisco Municipal Transportation Agency acquired this streetcar in 1992. 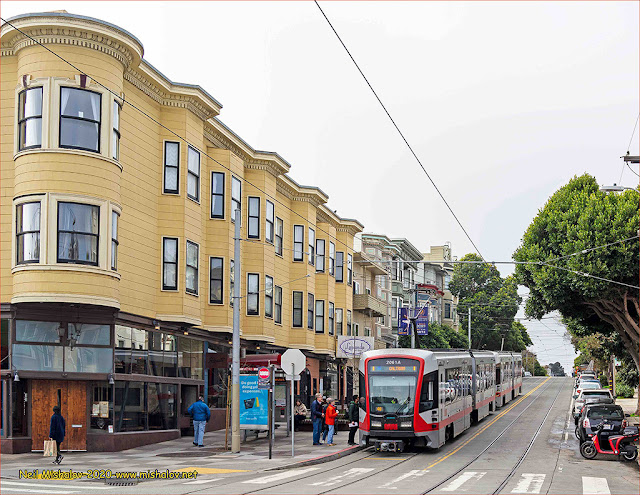 Here is a two-car N-Judah light rail streetcar picking up passengers at the Cole Street intersection stop. The vehicle is on Carl Street, and it is traveling inbound to downtown San Francisco. 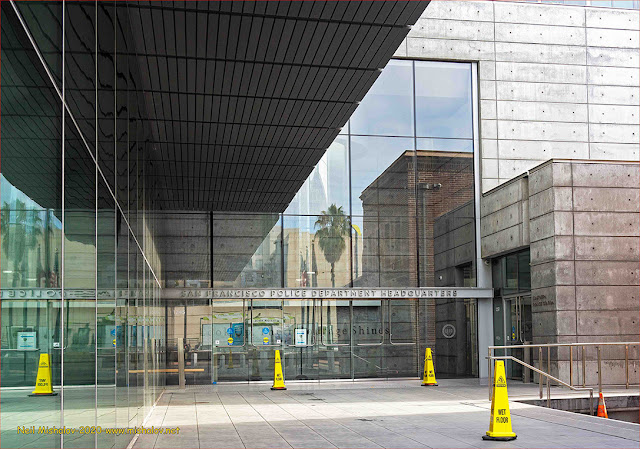 The San Francisco Police Department moved its headquarters to the Mission Bay neighborhood on 16 April 2015. 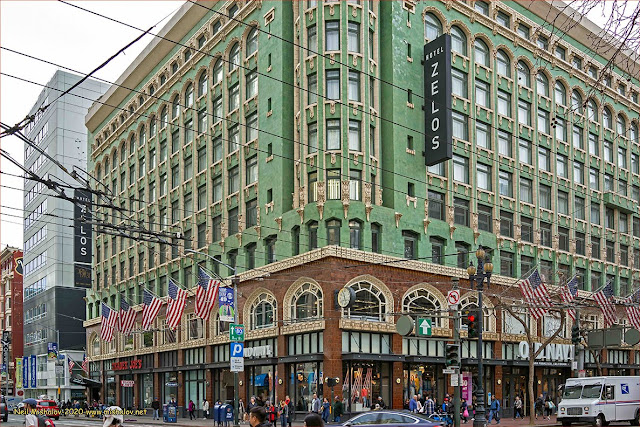 Hotel Zelos is a 202-room hotel located on Market Street. 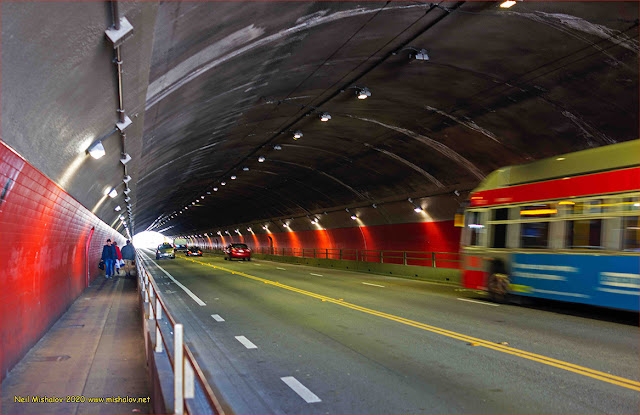 The Stockton Street Tunnel was primarily built for the now-defunct F-Stockton streetcar line. Construction started in 1912, and streetcar travel through the tunnel began on 29 December 1914. 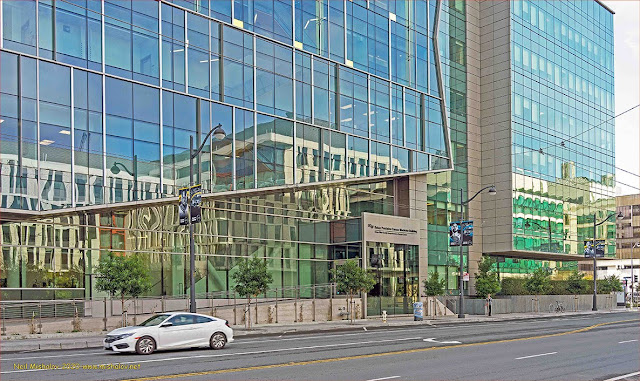 This is the University of California San Francisco Precision Cancer Medicine Building. It is located in the Mission Bay area. 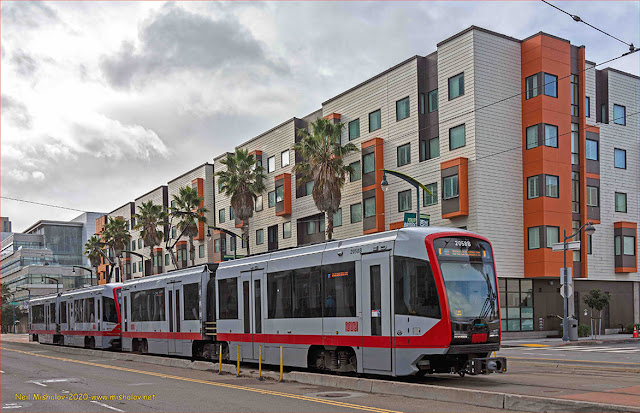 Another light rail streetcar maneuvering through the Mission Bay neighborhood. 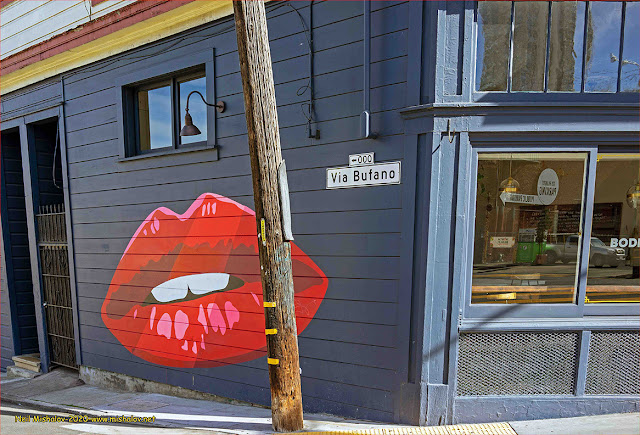 This painting is located on a building in the Little Italy neighborhood. It is at the intersection of Columbus Avenue and Via Bufano. 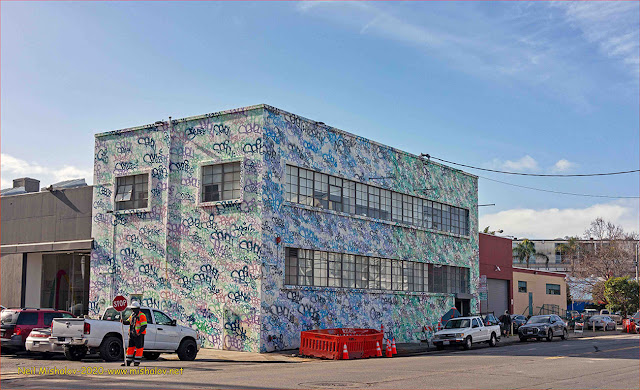 This eye-catching building is located in San Francisco's Design District. It is at the intersection of 16th Street and Carolina Street. 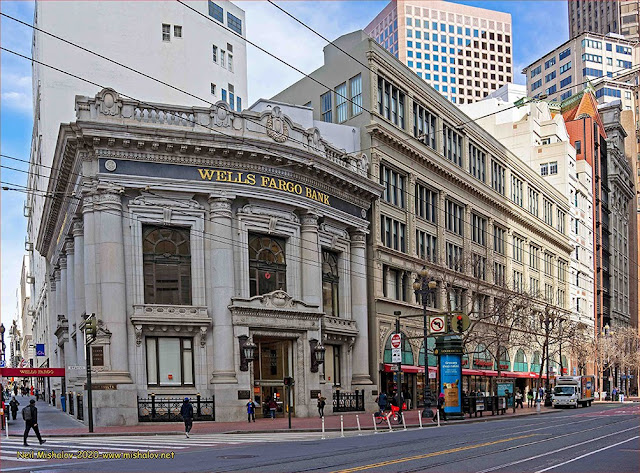 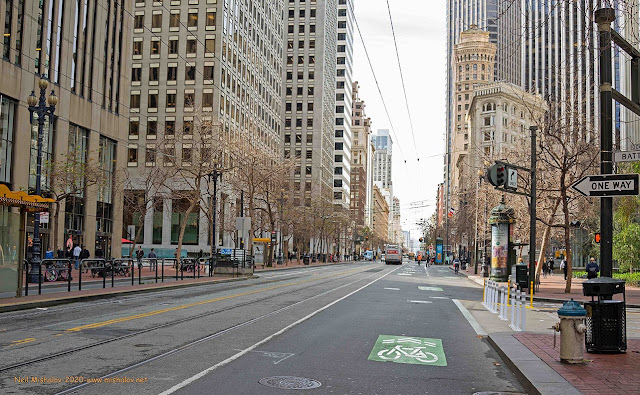 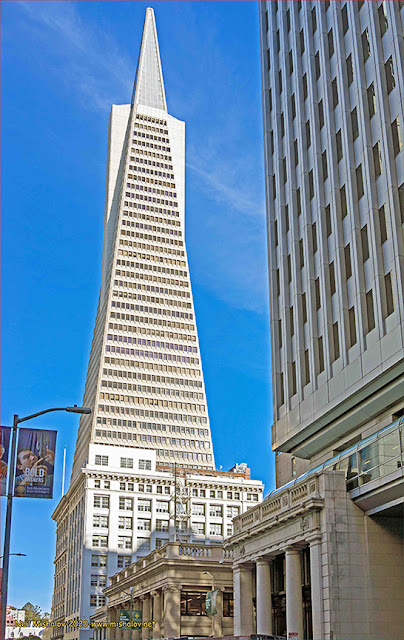 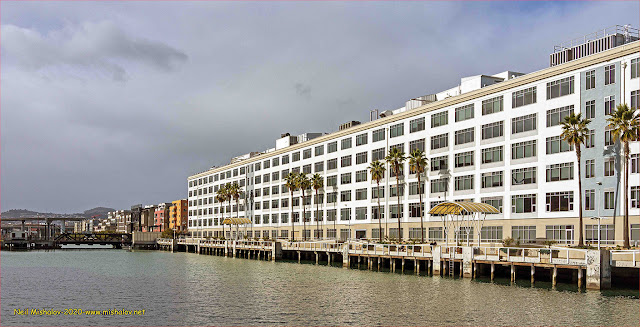 This office building is located on Berry Street, near the mouth of Mission Creek. 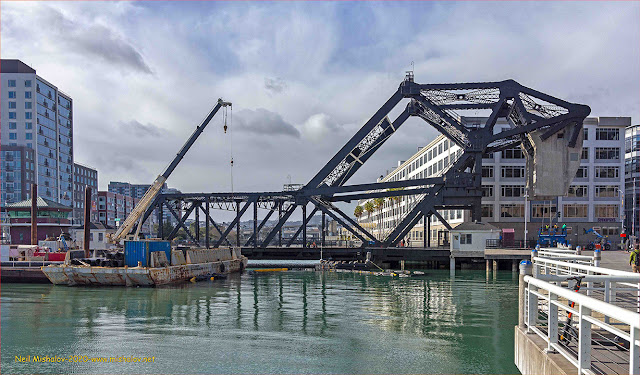 The Lefty O'Doul Bridge is also known as the Third Street Bridge or the China Basin Bridge. It is a drawbridge that crosses over Mission Creek and is adjacent to Oracle Park, home of the San Francisco Giants baseball team. The bridge opened on 12 May 1933. 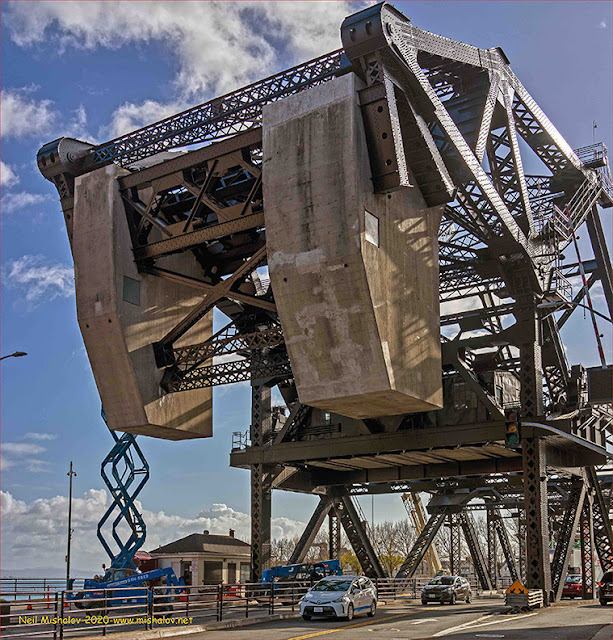 Here is another view of the Lefty O'Doul Bridge. 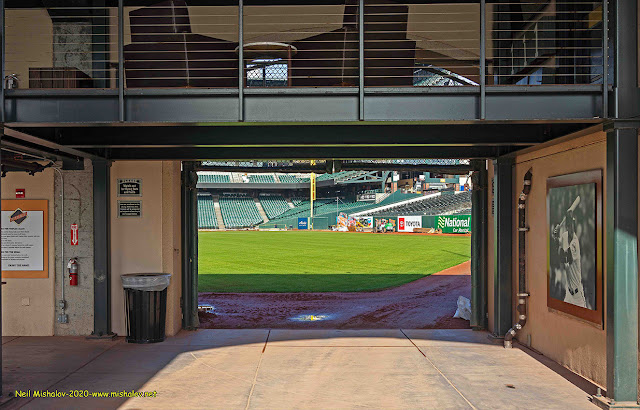 A limited view of the playing field. 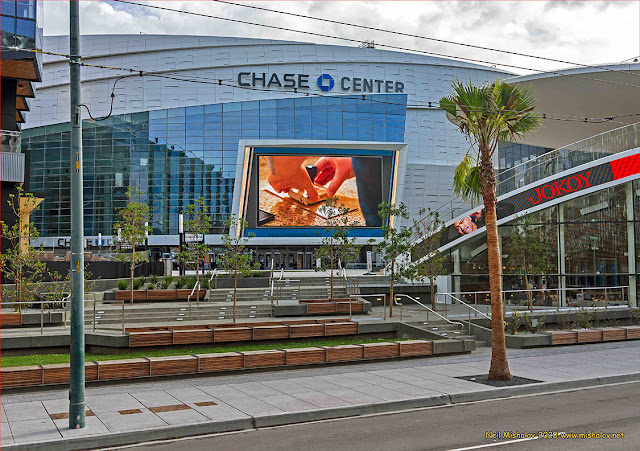 Chase Center is an indoor arena located in the Mission Bay neighborhood. The building is the home of the Golden State Warriors of the National Basketball Association. Construction of the arena began on 17 January 2017. The arena had its grand opening on 6 September 2019.