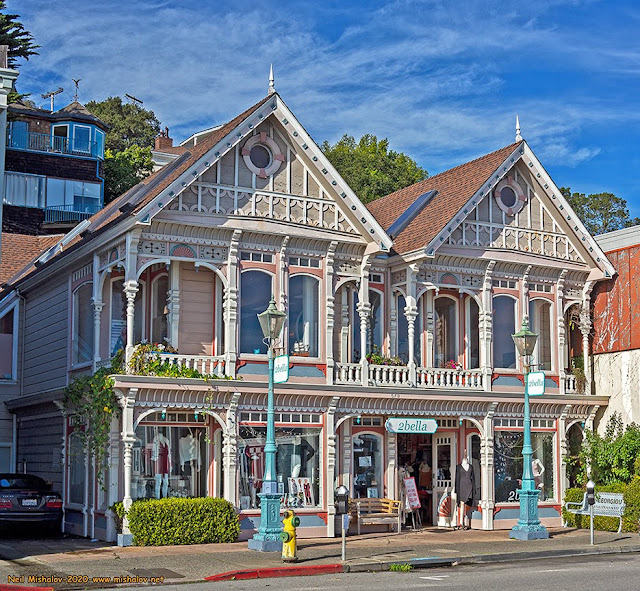 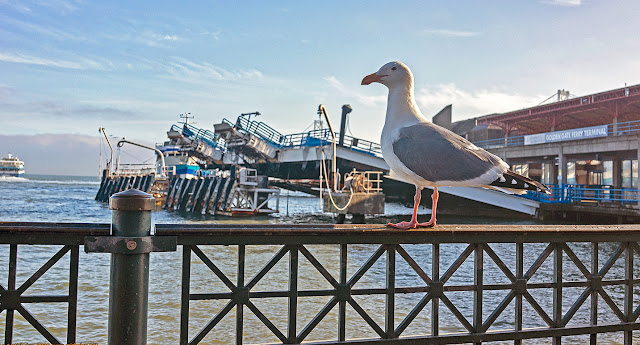 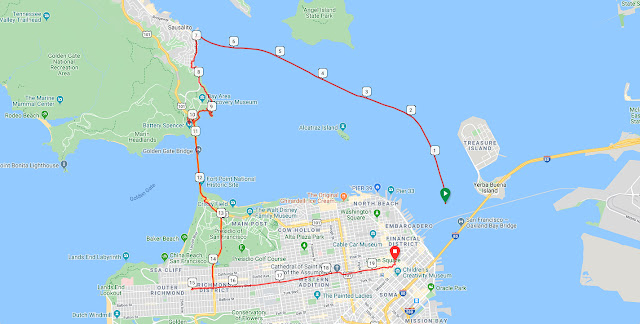 A map of the route. The portion of the journey from the San Francisco Ferry Terminal to Sausalito was via the M.S. San Francisco, a Golden Gate Ferry. Then it was a ramble from Sausalito to the southern terminus of the Golden Gate Bridge in San Francisco. After which two bus lines were used: A Muni 28 bus and a Muni 38R bus. A GPS receiver that was turned on a little late recorded the journey. 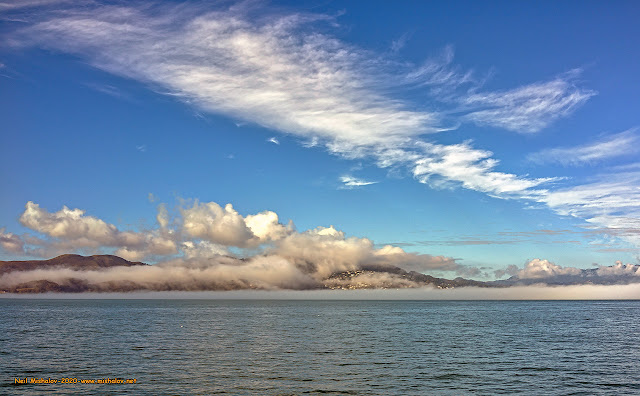 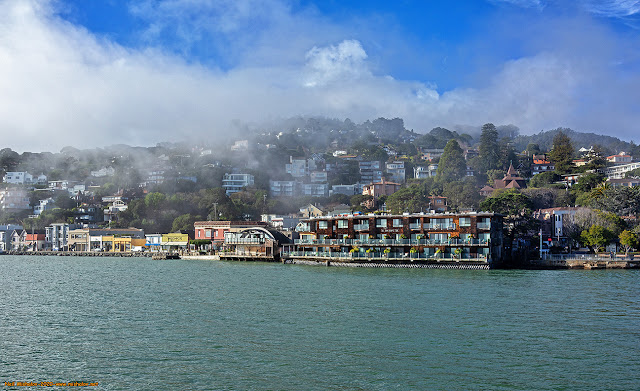 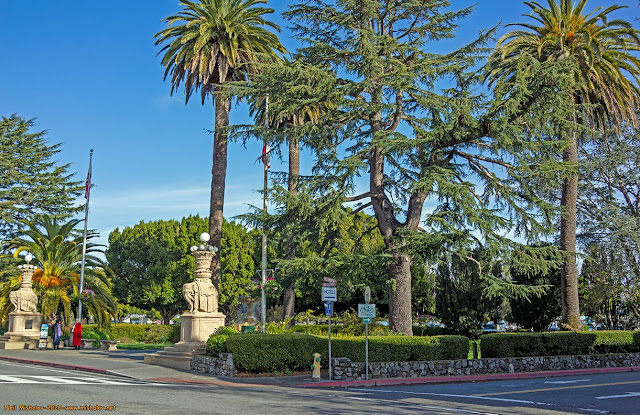 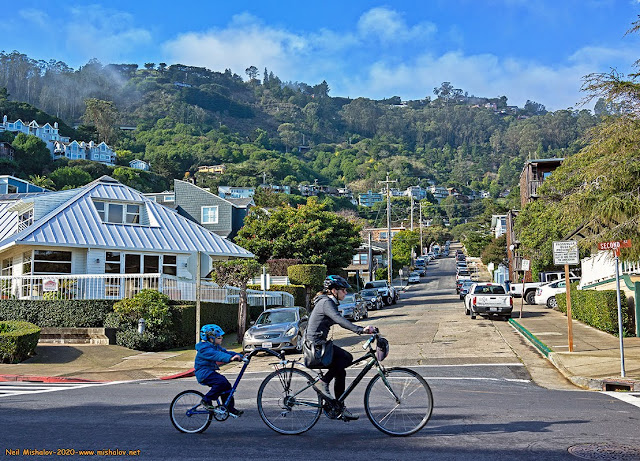 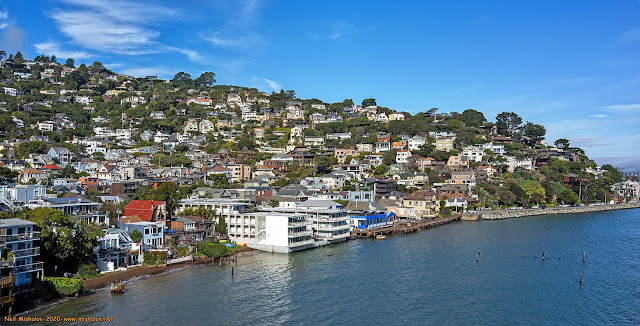 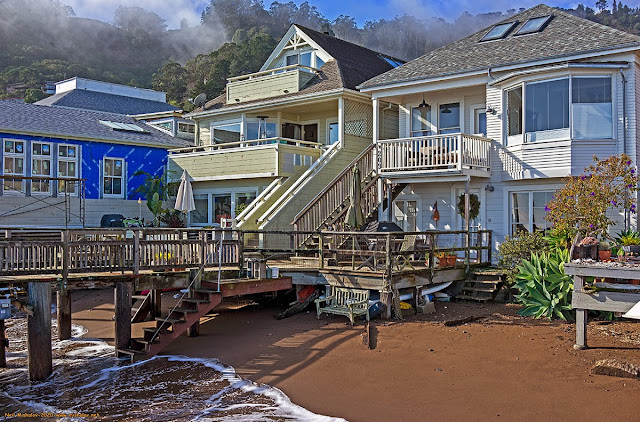 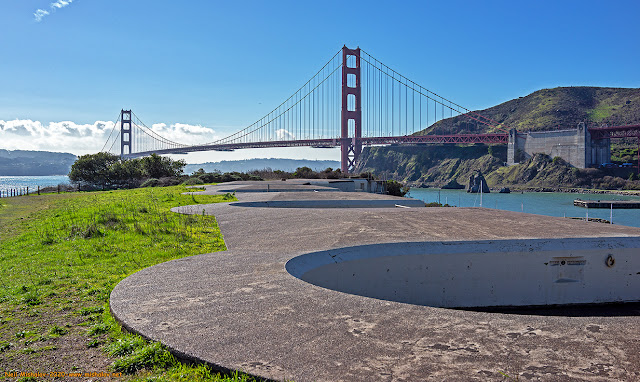 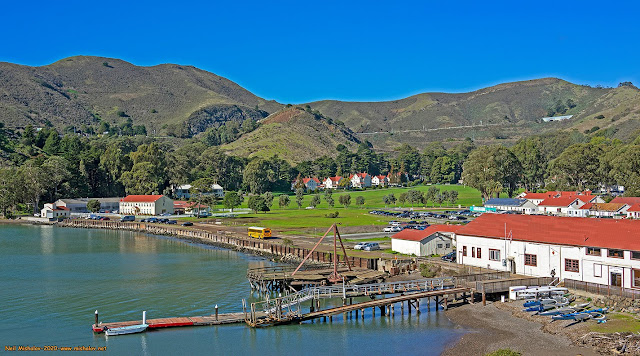 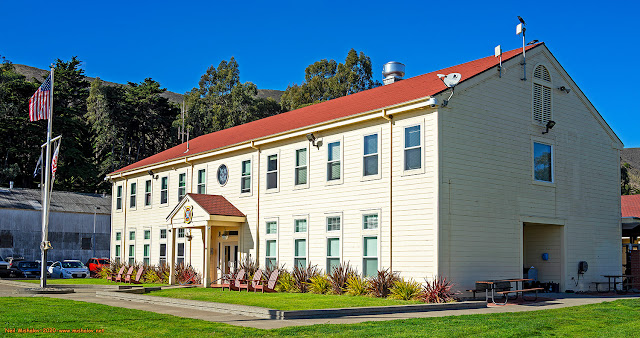 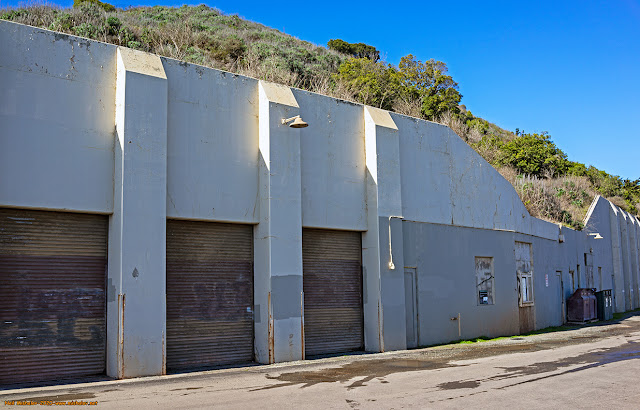 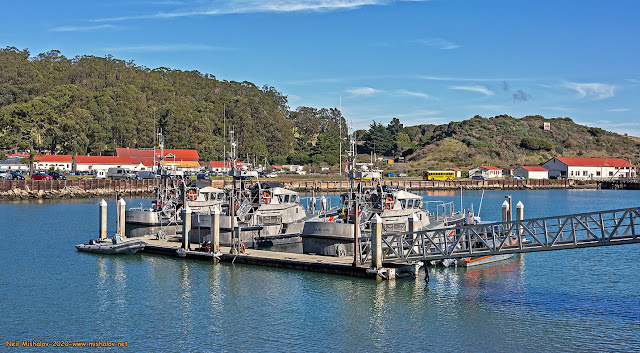 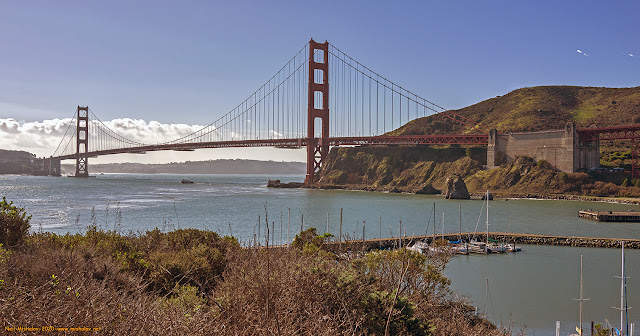 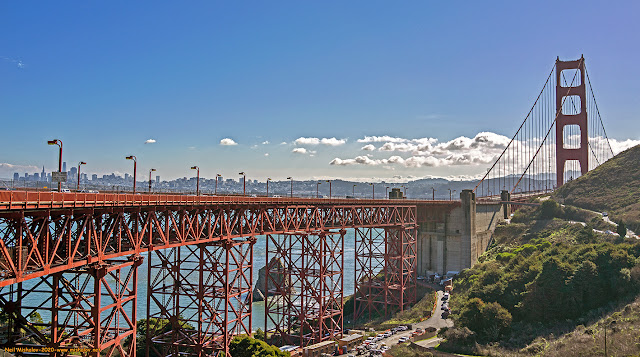 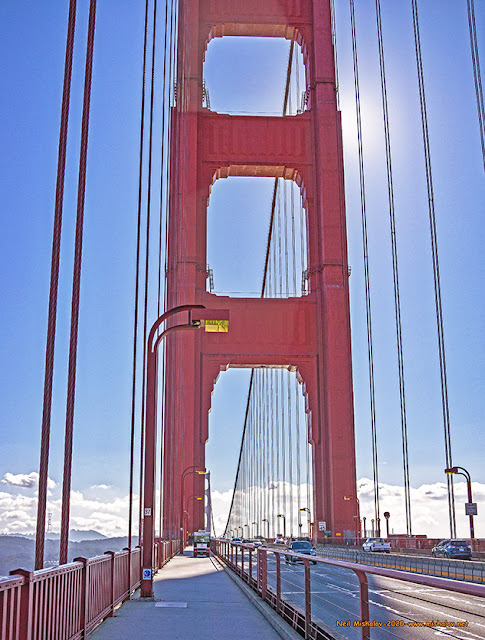 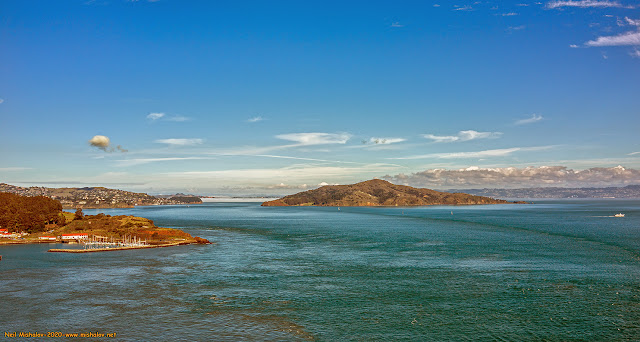