The Endicott Era of Military Fortifications (1890-1910)
Seacoast defense was a major concern for the United States from its independence until World War II. Before airplanes, America's enemies could only reach her from the sea, making coastal forts an economical alternative to standing armies or a large navy. After the 1940s, it was recognized that fixed fortifications were obsolete and ineffective against aircraft and missiles. However, in previous eras, foreign fleets were a realistic threat, and substantial fortifications were built at key locations, especially protecting major harbors.

In 1885 US President Grover Cleveland appointed a joint army, navy and civilian board, headed by Secretary of War William C. Endicott, known as the Board of Fortifications. The findings of the board illustrated a grim picture of existing defenses in its 1886 report and recommended a massive $127 million construction program of breech loading cannons, mortars, floating batteries, and submarine mines for some 29 locations on the US coastline.

Prior efforts at harbor defense construction had ceased in 1876. Since that time the design and construction of heavy ordnance advanced rapidly, including the development of superior breechloading and longer-ranged cannon, making the US harbor defenses obsolete. In 1883, the Navy had begun a new construction program with an emphasis on offensive rather than defensive warships. These factors combined to create a need for improved coastal defense systems.

The Endicott Board’s recommendations would lead to a large-scale modernization program of harbor and coastal defenses in the United States. This program would lead to the construction of reinforced concrete fortifications and the installation of large caliber breech-loading artillery and mortar batteries. Endicott period projects were not fortresses, but rather a system of well-dispersed emplacements with only a few large guns in each location. The batteries were usually open-topped concrete walls protected by sloped earthworks. Some of the gun batteries featured disappearing guns, which sat protected behind the concrete walls but could be raised to fire. Underwater mines were a critical component of the defense operation, and smaller guns were employed to protect the mine fields from minesweeping vessels.

Originally established as a Spanish garrison in 1776, the San Francisco Presidio was in continuous use as a military post from 1776 to 1993. The Presidio was used by the U.S. Army for many activities; it was the staging point for Army personnel for all activities in the Pacific Theater until well past WWII. A National Cemetery at the Presidio contains the final resting place for more than 26,000 military personnel who served in American Wars from 1846 onwards. During the latter part of the 20th Century, it was the Headquarters of the U.S. 6th Army.

In 1991 Congress decided to close the post and most of the land was transferred to the National Park Service. There were 15 gun batteries constructed at the Presidio during the Endicott Era. Many of those gun batteries are still standing; they are mostly deserted and forgotten. This photo gallery includes photos of Battery Boutelle, Battery Godfrey, Battery Crosby and Battery Marcus Miller; four of the fifteen gun batteries which were active at the Presidio. 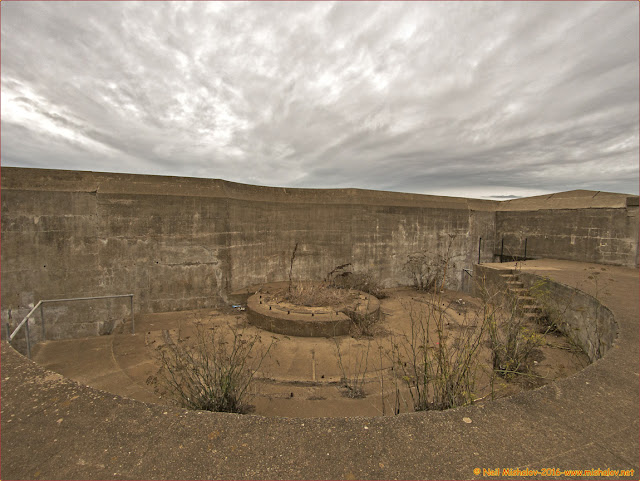 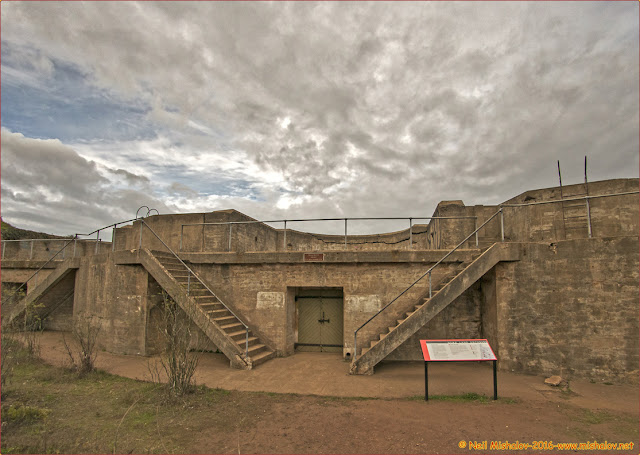 Battery Boutelle. This gun emplacement had three 5-inch guns; it became operational in 1901. The Battery was de-commissioned in 1918. Click the image to see the full-size photograph. 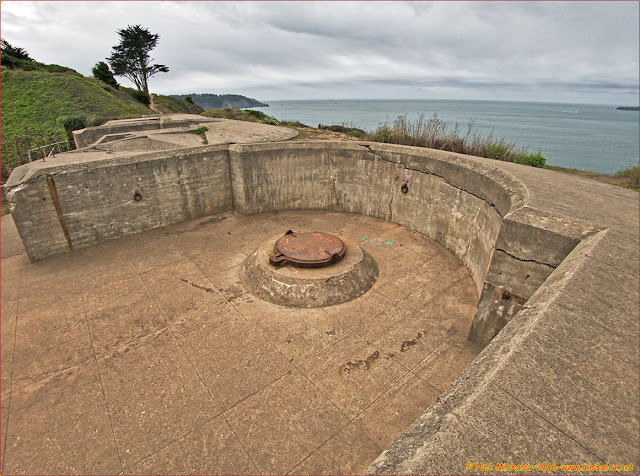 The remains of the Pedestal Mount at Gun Emplacement No. 3 at Battery Boutelle. Click the image to see the full-size photograph. 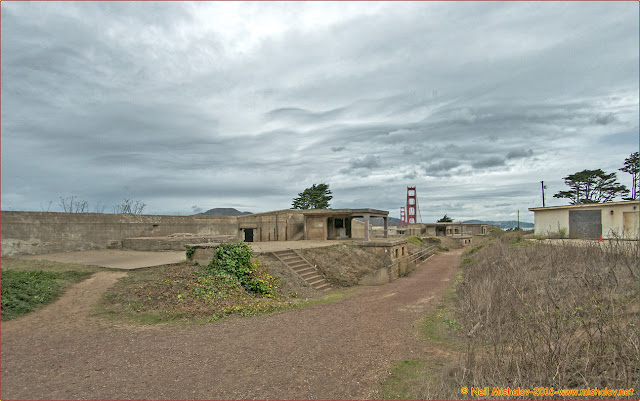 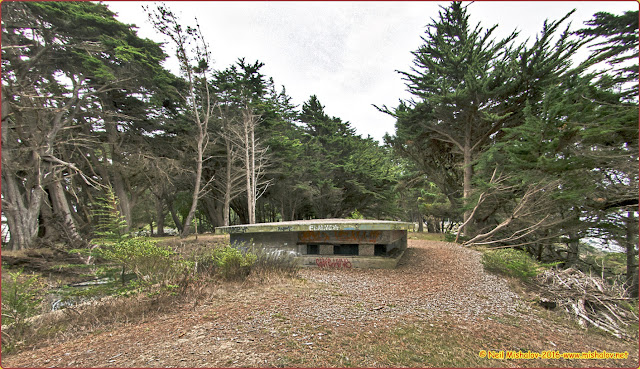 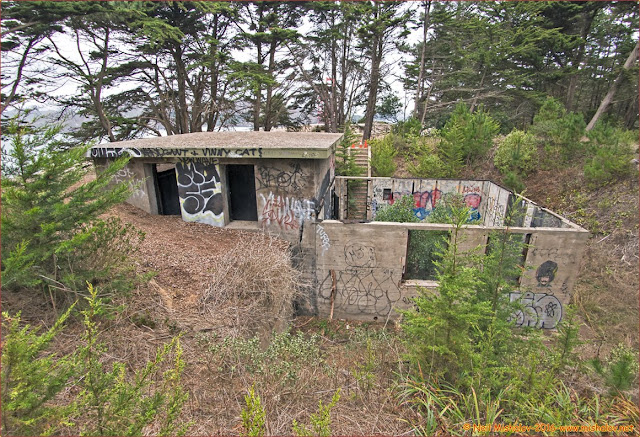 The Commander's Observation Post is visible. The Gun Plotting Room is behind the observation post. The view is looking North. Click the image to see the full-size photo.

The first San Francisco Bay Area Photo Blog contains galleries of photographs that were posted between 2002 and 2011. Click Here to view the 2002 to 2011 photo galleries.

A Panasonic GX7 camera body mounted with a wide-angle Olympus 9mm lens was used to take these photographs.