This is part two of a gallery of "then & now" photographs of the Sunset District of San Francisco. Part one may be viewed here. 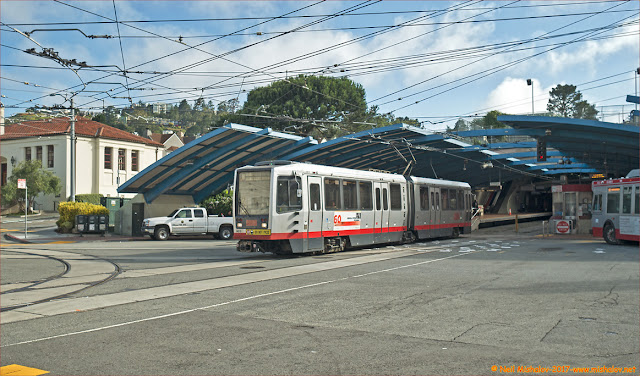 NOW  The West Portal Station was reconfigured in the 1970s to accommodate a new streetcar system in use today. The view is looking north. 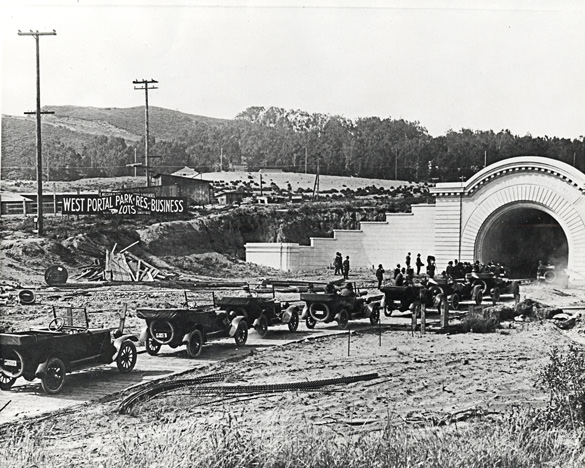 THEN  This photo was taken in 1917. Twin Peaks Tunnel is still under construction, and the work is expected to conclude within a short period. This is part of a car convoy consisting of City of San Francisco employees and the people involved in constructing the tunnel. They have the opportunity of being driven through the tunnel before it goes into service. Image courtesy of San Francisco Municipal Transportation Agency.

THEN  This photo, circa 1940, shows some of the streetcar damage caused by two streetcars colliding at an intersection. The streetcar seen on the right is on the No. 17 line; it is stopped on Twentieth Avenue at Taraval Street. A Safeway market occupied a street front location in the corner building. This image is courtesy of Tom Grey.

San Francisco's Sunset District (Then and Now)  by Lorri Ungaretti was helpful in assembling this gallery of "Then and Now" photographs.