This is a view from Tank Hill looking north. The towers of the Golden Gate Bridge are visible, and Mount Tamalpais overlooks the scene. The de Young Museum,  which is located in Golden Gate Park, is visible in this photograph.

This view from Tank Hill is looking east. Ahead is Mount Olympus, and immediately behind Mount Olympus is Buena Vista Hill.

One more view from Tank Hill. Ahead is St. Ignatius Church; It first opened its doors on 2 August 1914. Angel Island and the Tiburon Peninsula are both visible in this photograph. 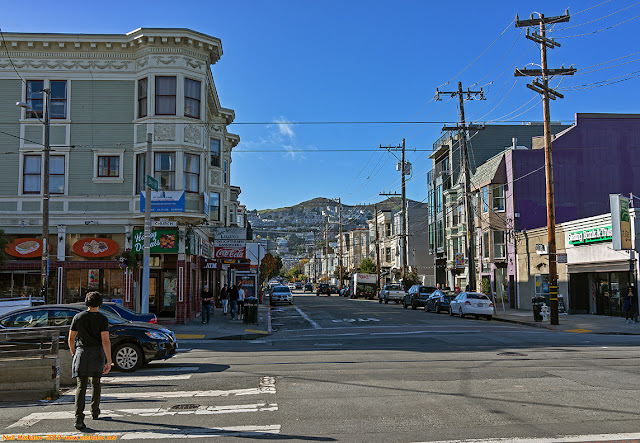 This is a view looking west from Noe Valley at the intersection of 24th Street and Church Street. Ahead in the distance is Twin Peaks.

This is a view from Twin Peaks. Corona Heights Park and Kite Hill are visible. Downtown San Francisco is ahead. Looking east, across San Francisco Bay, are Berkeley and Oakland. 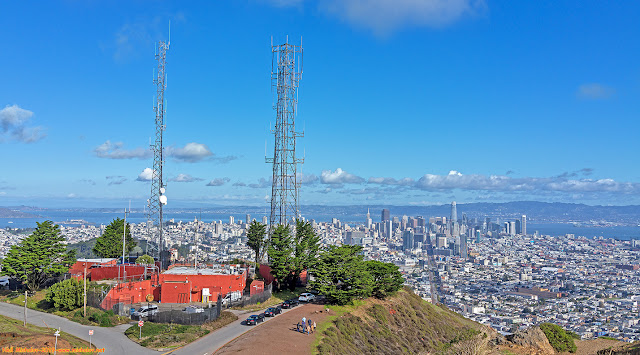 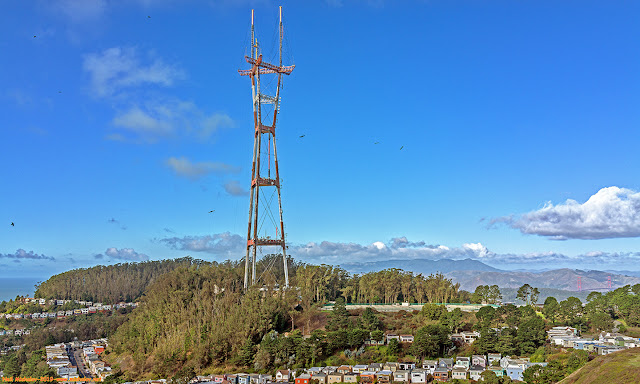 This view from Twin Peaks shows the 977-foot tall three-antennaed Sutro Tower. This antenna tower is used to transmit television and radio signals to the immediate San Francisco Bay Area.
-----------------------