In response to the 18 April 1906 San Francisco earthquake and fire and recognizing the critical role of Fort Mason as a naval operations center, Congress appropriated funds to construct three piers that are still in use today. Built on land reclaimed from a tidal cove, Fort Mason served as the San Francisco Port of Embarkation, the administrative center for the military, from 1909 to 1962. 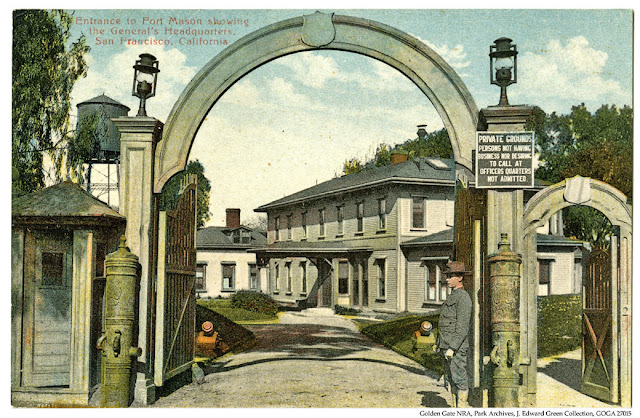 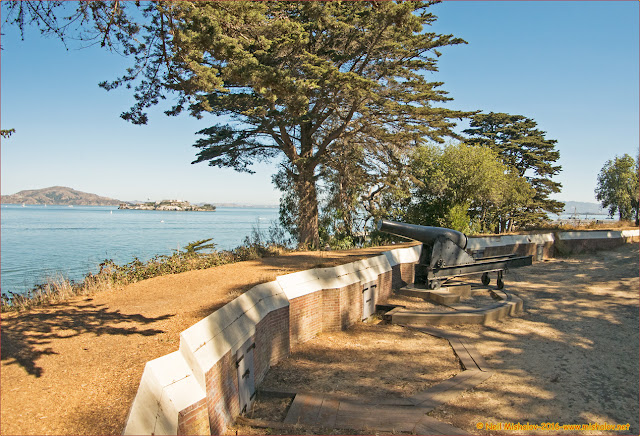 As an emergency response to the Civil War, the United States Army built a twelve-gun, two battery fortification at Fort Mason in 1864. These two batteries, known as Battery East and Battery West, served as a backup fortification to the three fortifications already defending the Golden Gate entryway to San Francisco Bay. Those fortifications were located at Fort Point, Angel Island, and Alcatraz Island. The two batteries at Fort Mason eventually became outdated, and they were demolished in 1911. The location of Battery West was then covered with earth and lay hidden for 70 years. In 1982 the National Park Service excavated and restored Battery West. This is a view of the fixed battery. 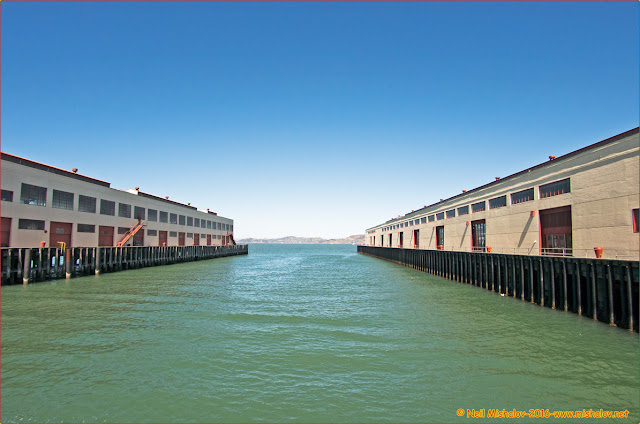 Pier 1 is on the left, and Pier 2 is on the right. The view is looking north. 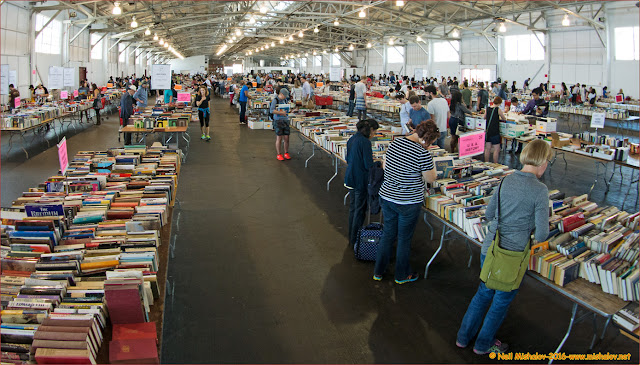 My first San Francisco Bay Area Photoblog contains galleries of photographs I posted between 2002 and 2011. Click Here to view the 2002 to 2011 photo galleries.