Vargas Plateau Regional Park, located high in the hills between Fremont and Sunol, was a former cattle ranch. The park opened recently as the newest addition to the East Bay Regional Park District. It is a relatively small park, with approximately 6 miles of trails on 1,249 ridge-top acres.

The new park did not come easily into existence. The East Bay Regional Park District acquired most of the land in the mid-1990s for 6.6 million dollars from the two families ranching it, the Vargas and the Tavares families. But after the acquisition, a long-drawn-out legal battle with neighbors over the amount of vehicular traffic and public parking delayed the opening.
A settlement was eventually reached with nearby property owners, which involved limiting visitor parking to a small lot outside the park’s entrance.
Click on an image to see the full-size photo 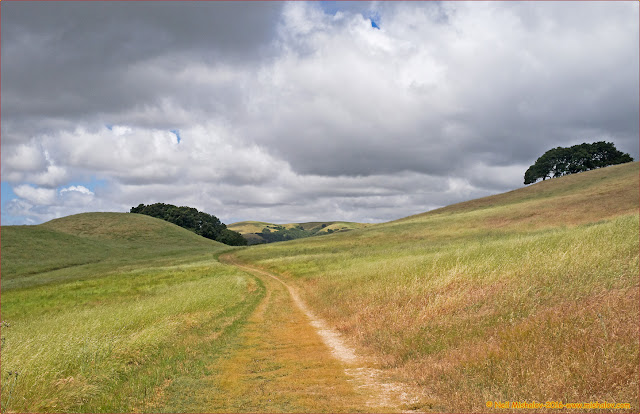