In 79 AD, the Bay of Naples was rocked by the fiery eruption of Mount Vesuvius. Pompeii and nearby villages and farms were wholly buried under pumice and hot ash, killing thousands of people.
This exhibition, organized initially by Paul Roberts of the Ashmolean Museum of Art and Archaeology, University of Oxford, brings to San Francisco Roman sculpture, mosaics, frescoes, cups, and utensils.

Excavations in 1984 at Oplontis, near Pompeii, uncovered a vaulted storage room containing more than 60 people who were killed in the eruption. Archaeologists made casts of some of the victims by pouring plaster of Paris into the voids in the ash left by the bodies. One of these was cast in wax and then in resin. This unique, transparent cast shows the bones, skull, and teeth of a woman, as well as the possessions she carried—from gold jewelry to a string of cheap beads. The “Lady of Oplontis,” as she is called, is stronger than the other casts and was, therefore, able to be brought to the San Francisco exhibition.

The exhibition was available for viewing through 29 August 2021. 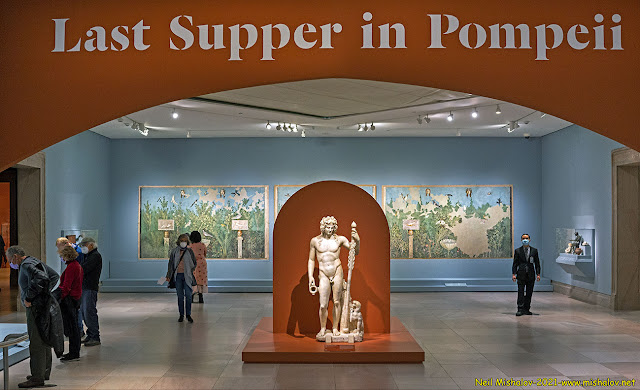 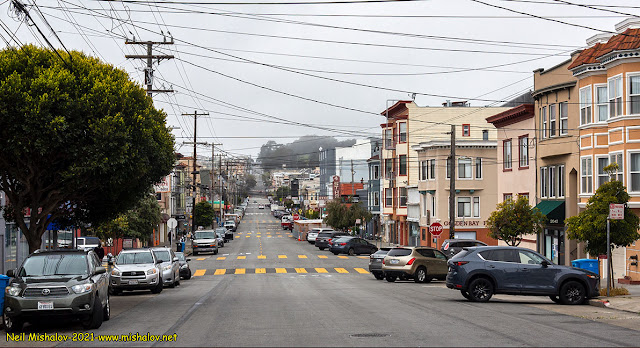 View from Clement Street looking west. The treed area ahead on the right is the location of the Legion of Honor Museum. 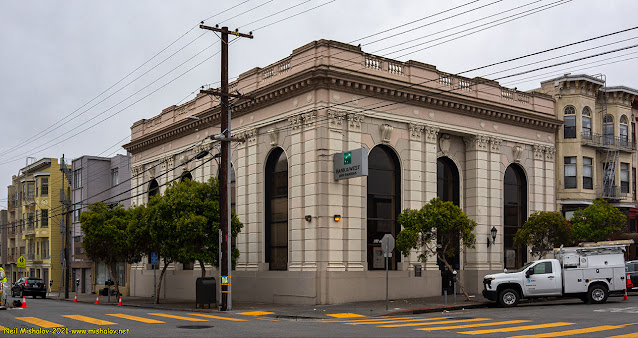 This is currently the Clement Street branch of Bank of the West. This bank building opened for business on 1 January 1926. 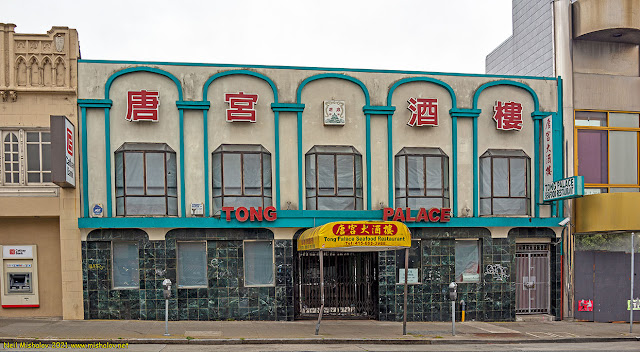 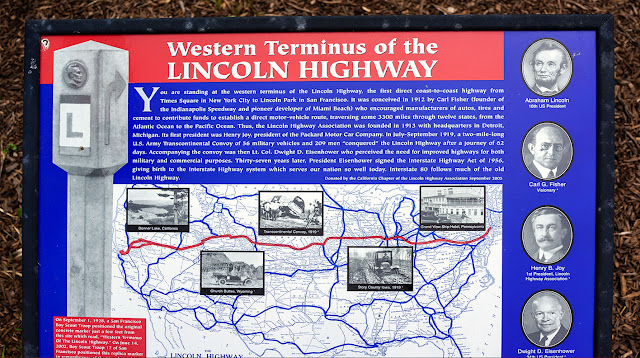 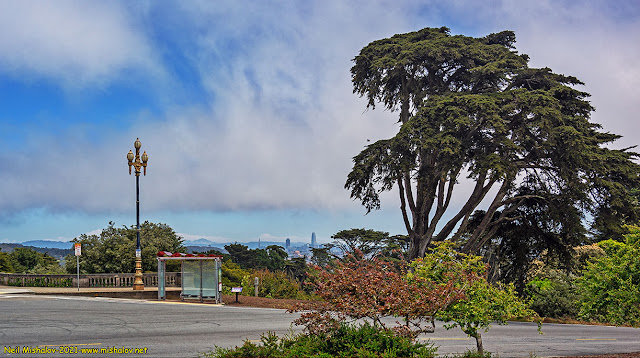 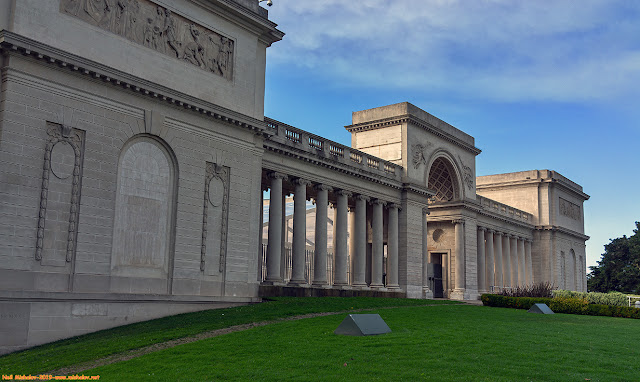 The Legion of Honor museum is located adjacent to the western terminus of the Lincoln Highway. The museum opened on Armistice Day, 11 November 1924. 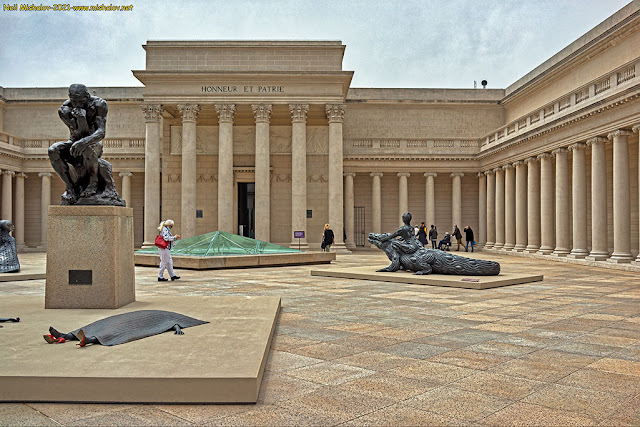 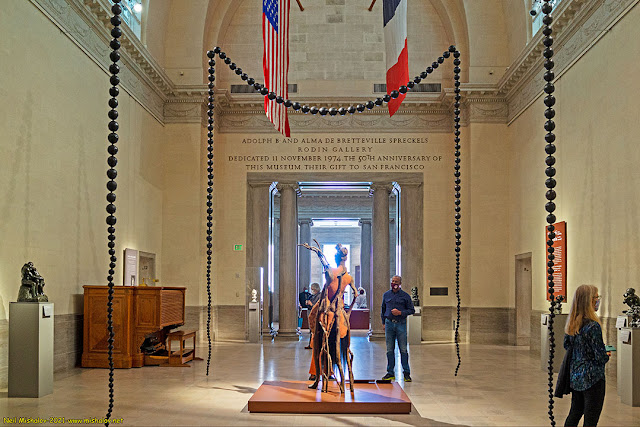 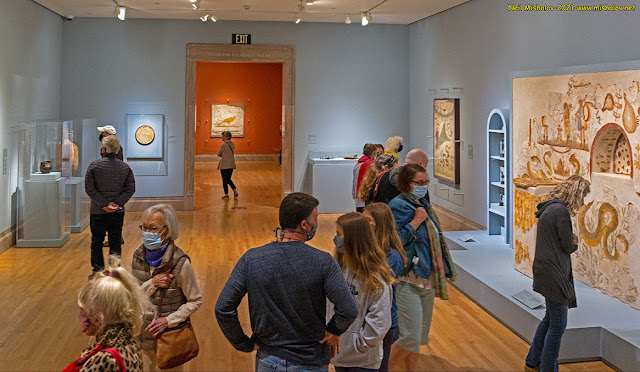 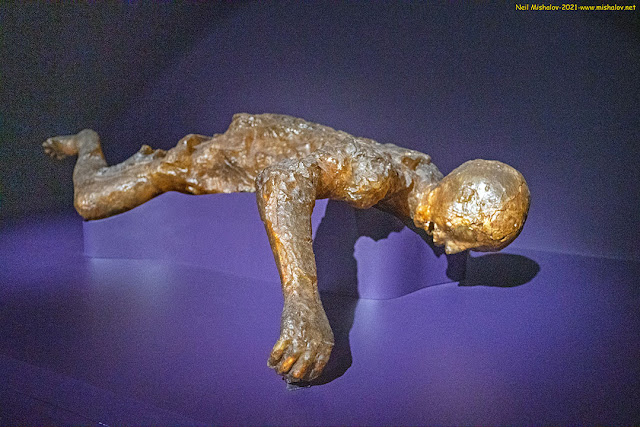 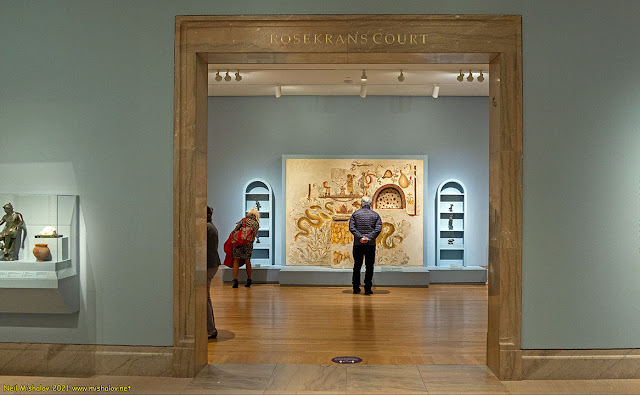 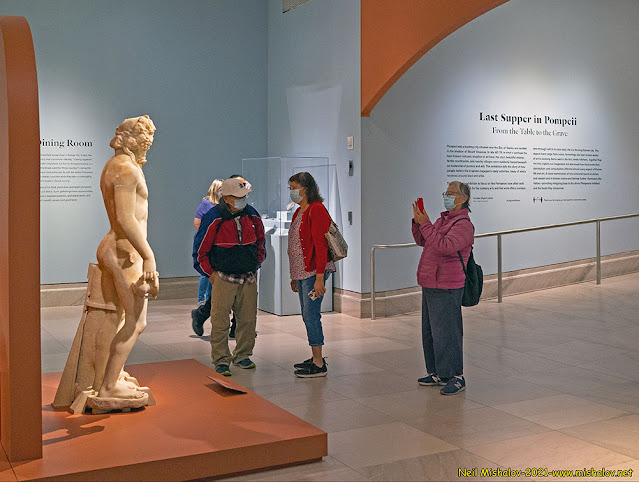 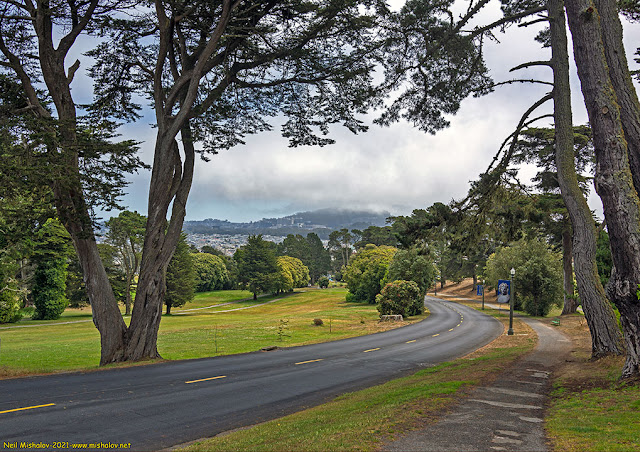 Leaving the Legion of Honor. Mount Sutro is visible; its summit (909 ft.) is hidden by a layer of fog. 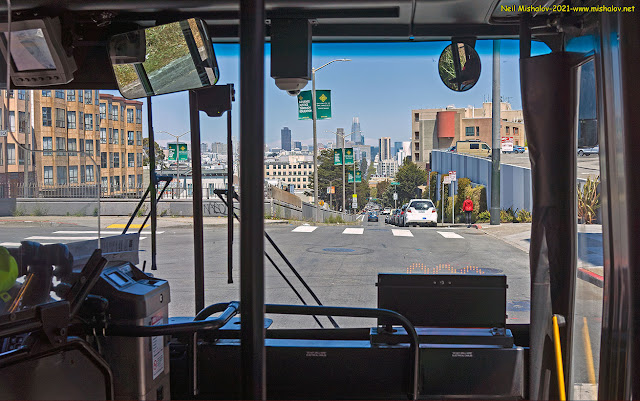 On a 38R Geary Rapid Transit bus traveling east on Geary Boulevard towards downtown San Francisco.
---------------------
"A camera is a tool for learning how to see without a camera.” Dorothea Lange
"Photography has not changed since its origin except in its technical aspects, which for me are not important." Henri Carter-Bresson
"There are always two people in every picture: the photographer and the viewer." Ansel Adams
"The important thing is not the camera but the eye." Alfred Eisenstaedt
The first volume of the San Francisco Bay Area Photo Blog contains galleries of photographs posted on the Internet between 2002 and 2011. Click Here to view those photos.
These photographs were taken with a Sony camera.
Question or comment? I may be reached at neil@mishalov.com.
Posted by Neil Mishalov