San Francisco, from West Portal thru the Sunset, past the Cliff House, thru Lands End and into the Richmond: 15 June 2016

We took the San Francisco L-Taraval Muni Metro streetcar line through Twin Peaks Tunnel to the West Portal Station. We then did a short walking tour of St. Francis Wood before returning to the West Portal Station. After which, we boarded another L-Taraval streetcar heading towards the Pacific Ocean. We exited the streetcar at 24th Avenue and proceeded to walk north, through the Sunset District, towards Golden Gate Park. We passed Sunset Reservoir, which has a storage capacity of approximately 180 million gallons of water. The City of San Francisco had 25,000 solar panels attached to the roof of the reservoir in 2010. The solar panels add 5 million watts of electricity to the San Francisco power grid annually.

When we reached Judah Street, we boarded an N-Judah Muni Metro streetcar and took it to the Great Highway at the continent's North American edge. We walked north, past the Cliff House and the Sutro Baths site, and entered Lands End, a part of the Golden Gate National Recreation Area. We walked through Lands End and then viewed the Lincoln Park Steps. The steps were recently upgraded with a magnificent colored tile facade. We then walked through the Richmond District. At Geary Boulevard at Stanyan Street, we boarded a 38-Geary bus, going to downtown San Francisco, which was the walk's conclusion.

Click on an image to view the full-size photograph 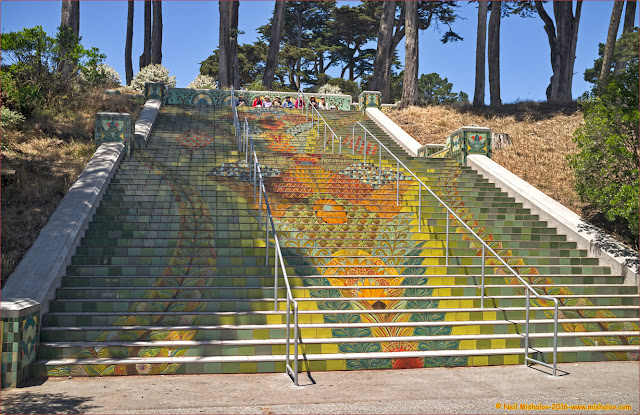 The Lincoln Park Steps. The view is looking west.
"A camera is a tool for learning how to see without a camera.” Dorothea Lange


You are welcome to visit: www.mishalov.com
Posted by Neil Mishalov 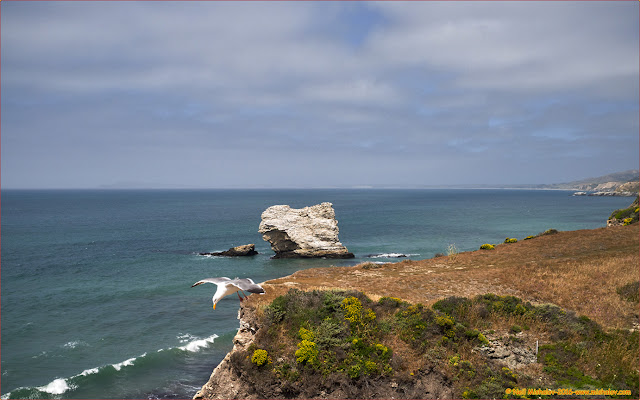