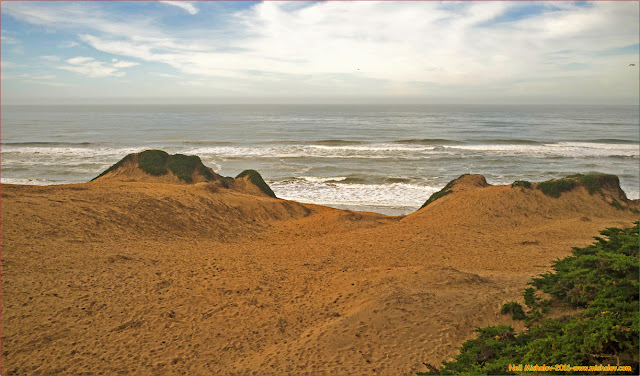 Fort Funston is located on sand dunes. In the late Nineteenth Century, the western portion of San Francisco was known as the "Outside Lands." The Outside Lands consisted of many acres of rolling sand dunes and were sparsely populated. The Outside Lands area is now known as either the Richmond District or the Sunset District. The area is now full of houses, streets, stores, parks, and people. The site of Fort Funston is the only sizable area in the city today that consists of visible sand dunes. 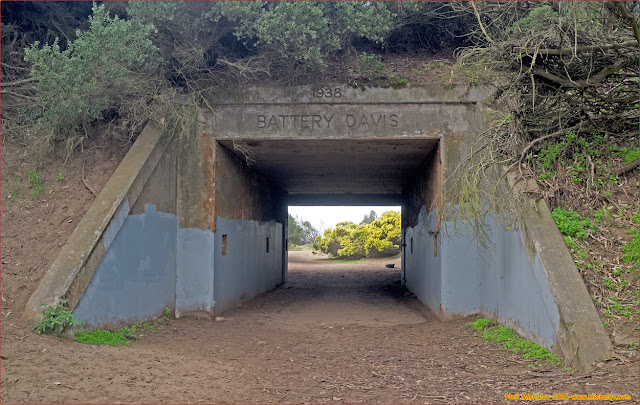 Gun #1 entryway. The view is looking west, towards the former physical location of Gun #1.
I was fortunate to locate the following black and white photographs. They show different stages of the construction of Battery Davis. Most, if not all, of the following photos, were initially classified as SECRET, and they were not viewable by the general public. They were eventually released from their secret classification and are now in the public domain.
-----------------------------------------
"A camera is a tool for learning how to see without a camera.” Dorothea Lange 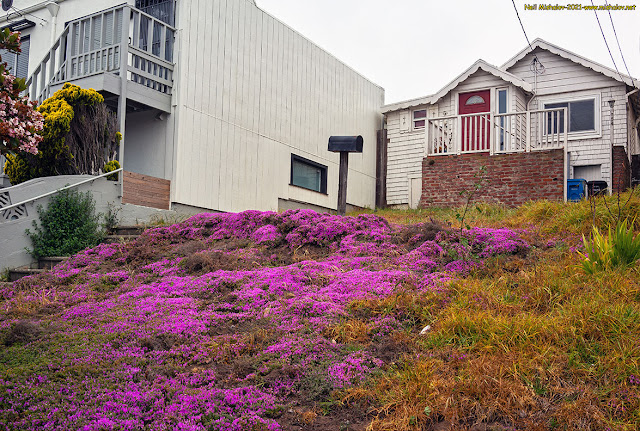