I read an article published by SFGate that contains 65 archival photographs of Golden Gate Park. One photo, in particular, caught my eye. It was a picture of the Grateful Dead at an outdoor concert in 1975. The information about the image stated that the concert took place at Lindley Meadow. I decided to go to Lindley Meadow in Golden Gate Park and identify the concert stage's location based on the topographical data shown in the photo. It took me a little while to conclusively determine where the concert took place on that cold, blustery Sunday forty-one years ago. Most band members are still alive; however, some musicians have died, and the bands are no longer active.

This was a free concert by the Grateful Dead and the Jefferson Airplane. An estimated 40-50,000 people gathered at Lindley Meadow in Golden Gate Park on 28 September 1975. This was also the Grateful Dead’s first public performance in nearly a year.

The weather was chilly and overcast, but it did not dampen enthusiasm as the Jefferson Airplane mounted the stage to a standing hometown ovation and played their old favorites for the next two hours. "Don't anyone go away!" Paul Kantner shouted over the applause, "The Grateful Dead is coming on!"

Grateful Dead bassist Phil Lesh was the first to plug in and face the audience. The crowd roared its approval. Elsewhere onstage, pianist Keith Godchaux breathed into his cupped hands to keep them warm while his vocalist wife Donna smiled with the anticipation of singing some of the newer Dead songs. Behind them, drummers Mickey Hart and Bill Kreutzmann were warming up, as was Paul Kantner, rhythm guitarist. Then a leather-jacketed Jerry Garcia stepped forward and sent out a trademark guitar riff, marking the start of a great two-hour concert. 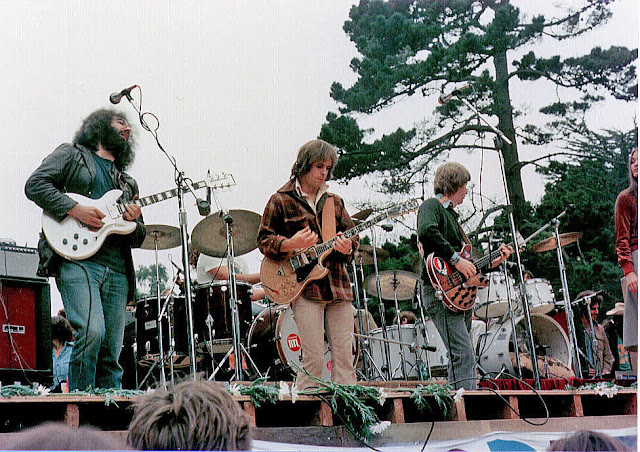 The Grateful Dead on stage at Lindley Meadow, Golden Gate Park, 28 September 1975; the view is looking west.
Click to listen to a recording of the Grateful Dead playing "Ripple." 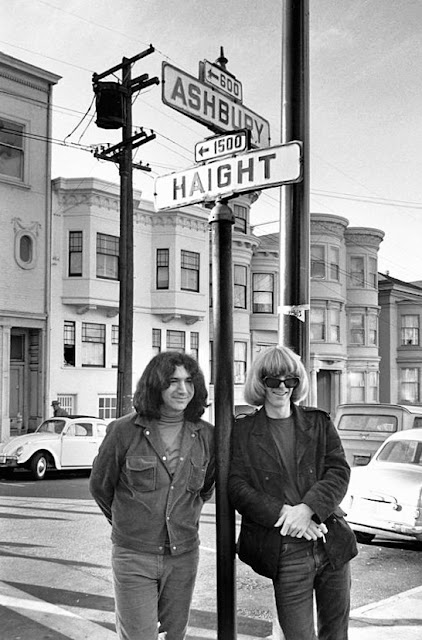 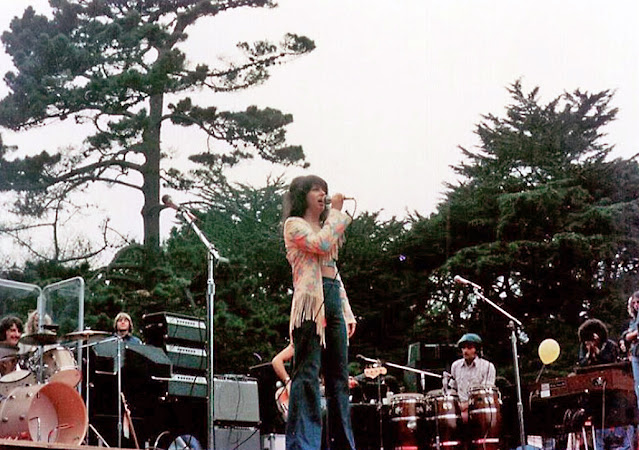 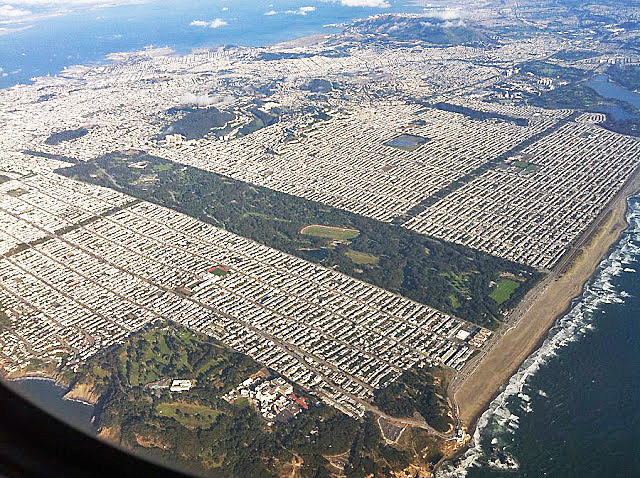 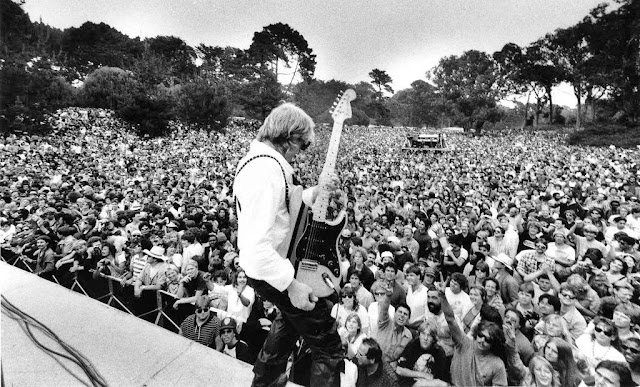 THEN  Paul Kantner of Jefferson Airplane on stage in 1975. The view is looking northeast.

A Panasonic GX7 camera body mounted with a Panasonic 14-42mm lens was used to take these photographs.