When the coronavirus pandemic struck the San Francisco Bay Area in late February 2020, all public activities stopped or slowed down. Here are some photographs of the new reality.

The Berkeley Central Library opened in 1934. 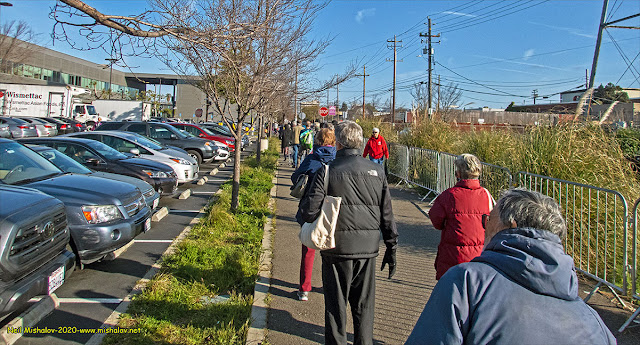 A line of people is queuing to enter the Berkeley Bowl West grocery store. The wait time was about 25 minutes. 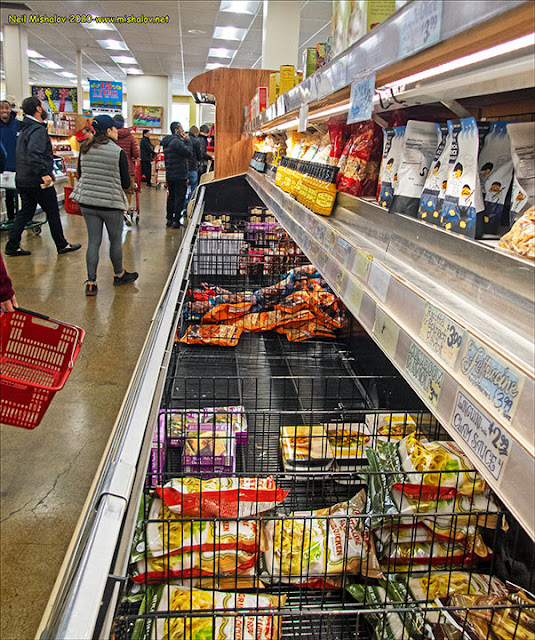 Here is a view inside the Trader Joe's grocery store located in El Cerrito Plaza. 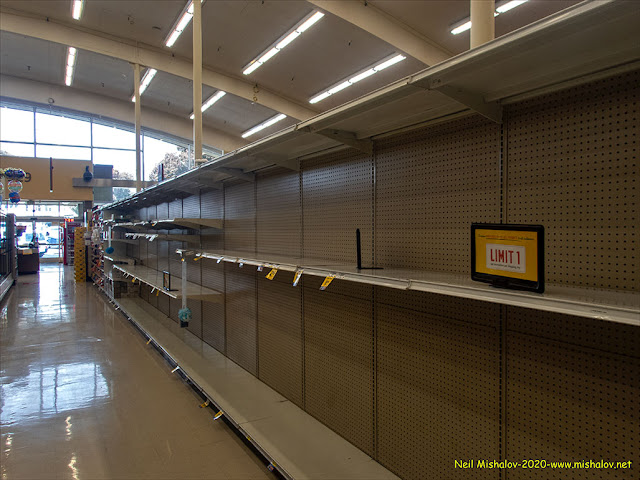 This Safeway market is located on Solano Avenue, Albany. 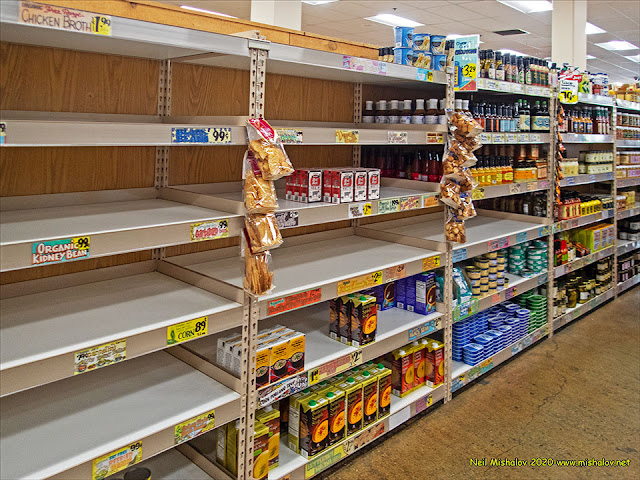 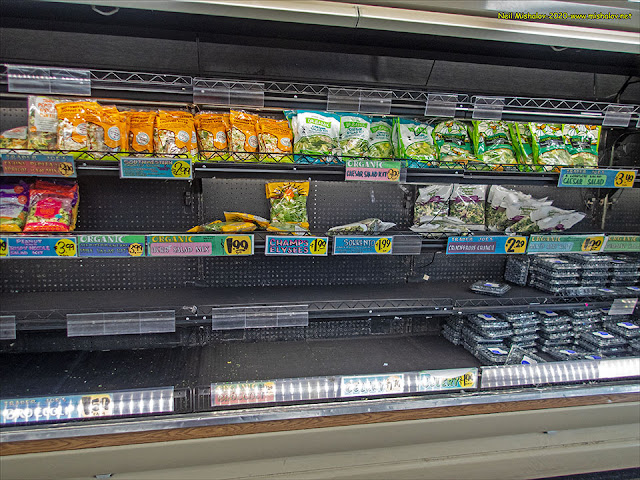 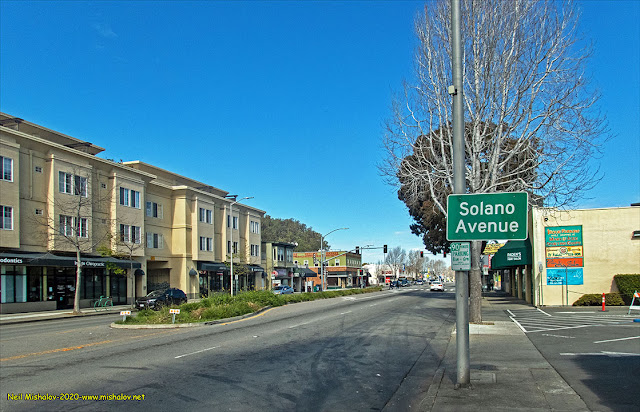 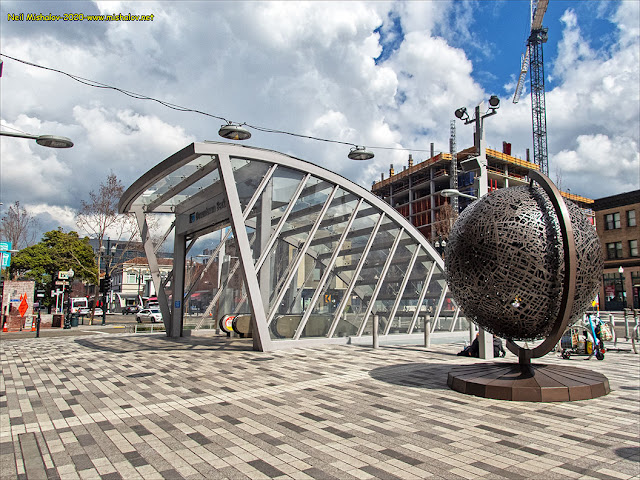 This is the main entryway to the underground Downtown Berkeley BART station. 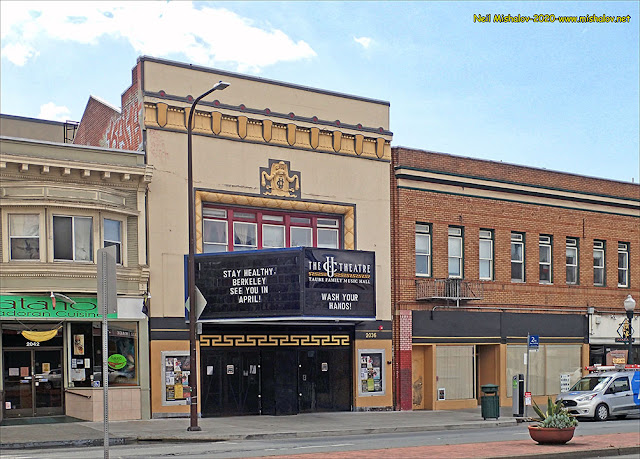 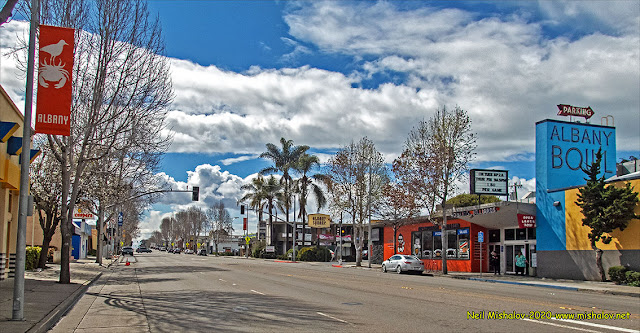 This is San Pablo Avenue, which is also known as California State Route 123. This view, looking south, was taken from Albany. 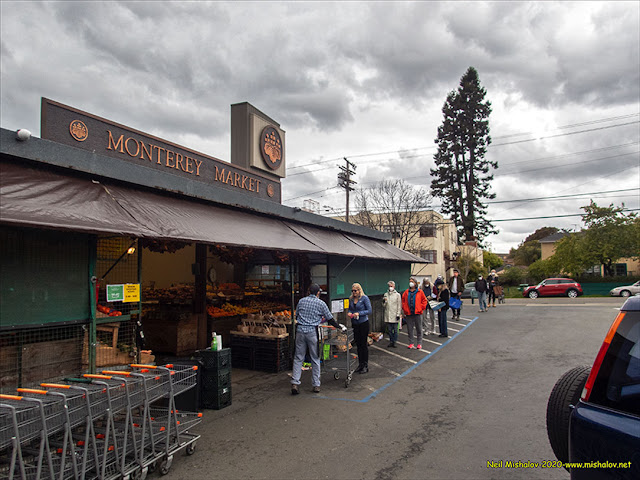 Monterey Market is a produce store located in Berkeley. The market was opened in 1961 by Tom and Mary Fujimoto. 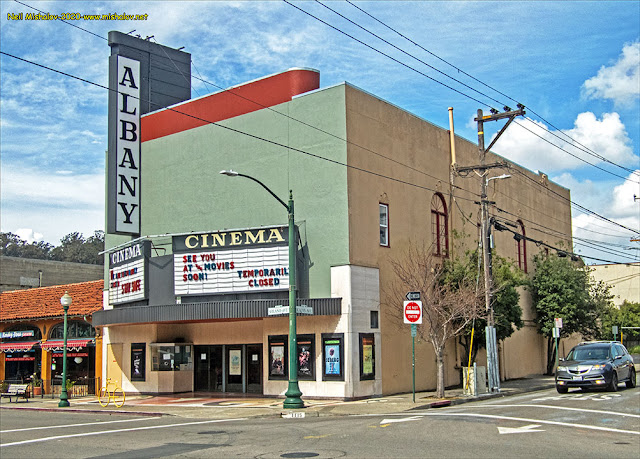 The Albany Cinema was built in the 1920s as a dance hall. It was converted to a movie theater in 1935. 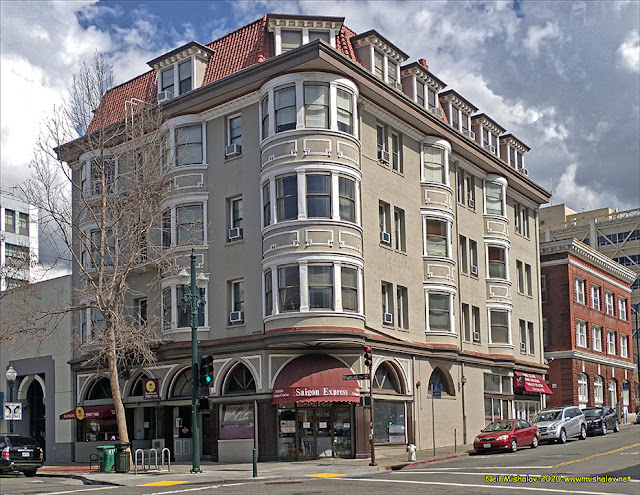 This apartment building, located on Shattuck Avenue in downtown Berkeley, was constructed in the 1920s. 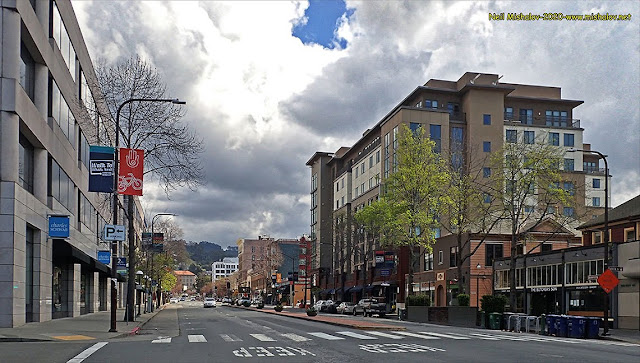 Here is a scene of downtown Berkeley as seen from University Avenue. The view is looking east. 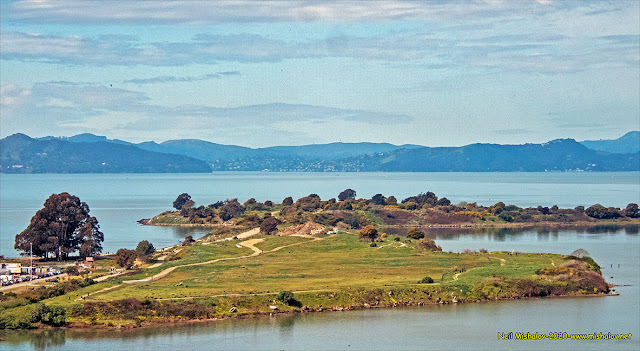 The Albany horse racing track is known as Golden Gate Fields. The Albany Bulb is just to the right of the track and out of this view. 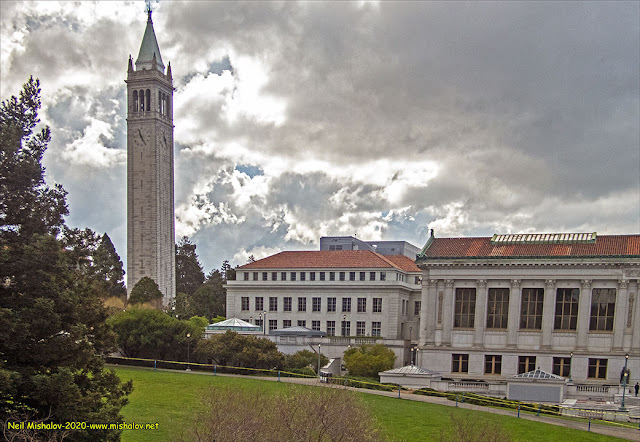 The University of California, Berkeley Campus. The Campanile, also known as Sather Tower, overlooks the scene. 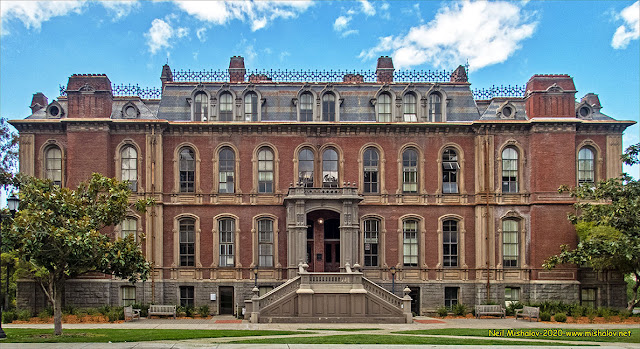 South Hall is the oldest building on the campus of the University of California, Berkeley. This four-story building was completed in 1873. 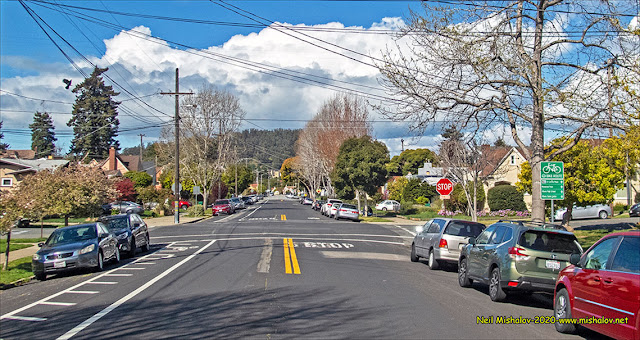 This view is looking west; Albany Hill is ahead. 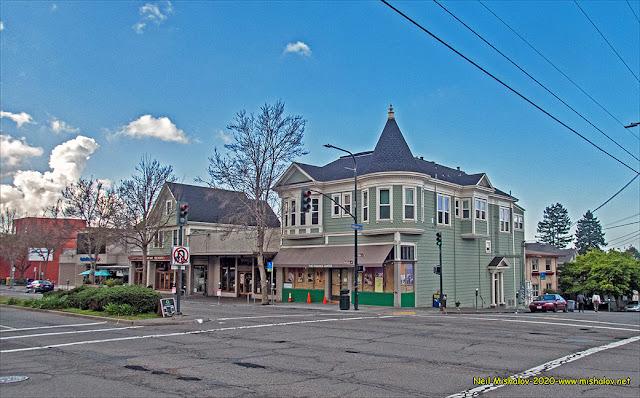 The Cheese Board Collective is located on Shattuck Avenue in Berkeley. 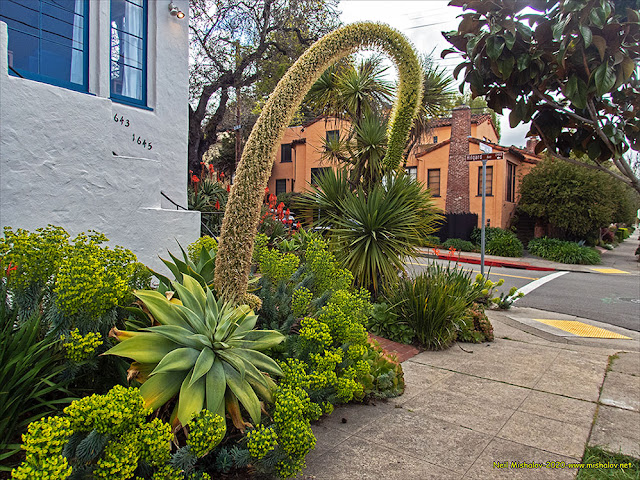 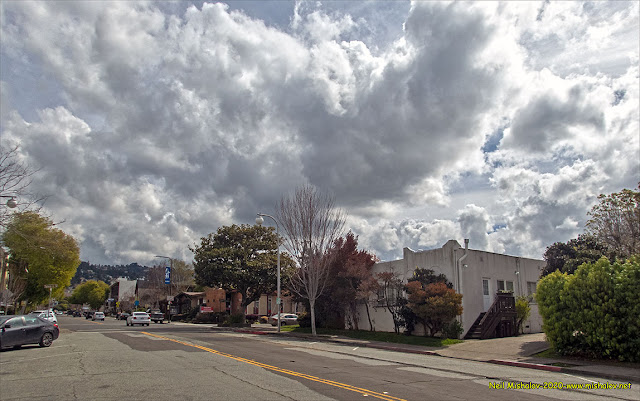 This is a view looking southeast from Solano Avenue in Albany. 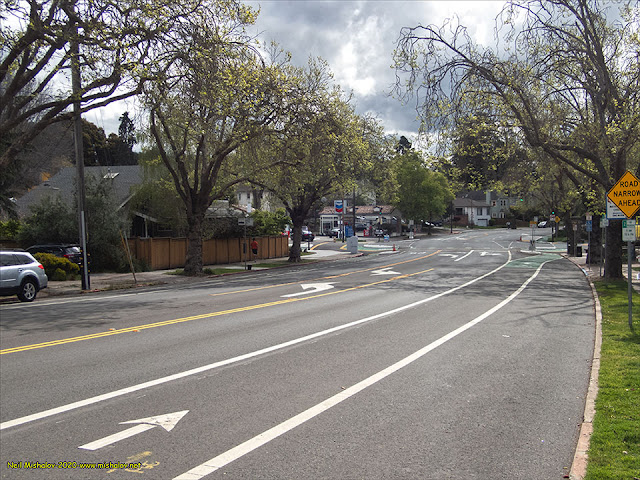 Here is a view looking south from The Alameda roadway in Berkeley. 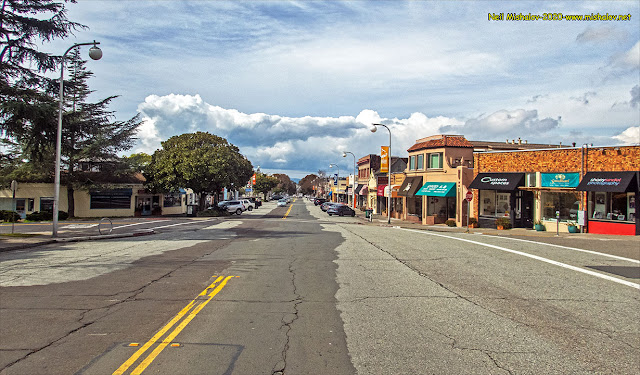 A view looking west from Solano Avenue in Albany. 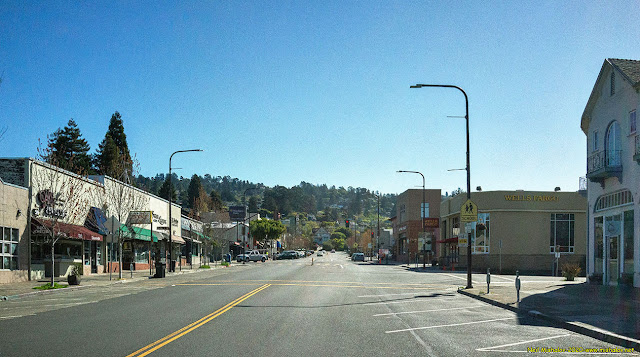 This portion of Solano Avenue is located in Berkeley, and the view is looking east. 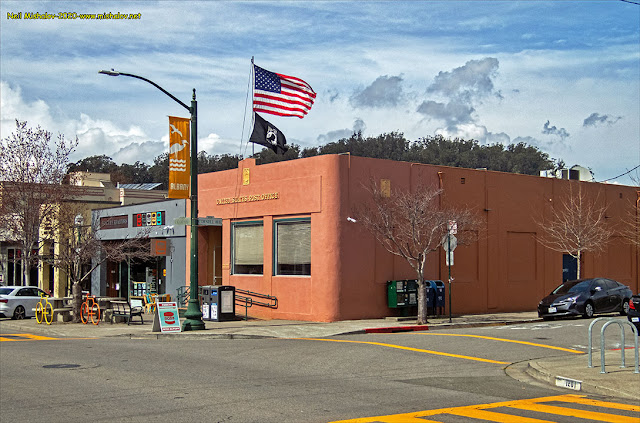 This is the Albany Post Office, which is also located on Solano Avenue.

An Olympus camera was used to take these photographs. 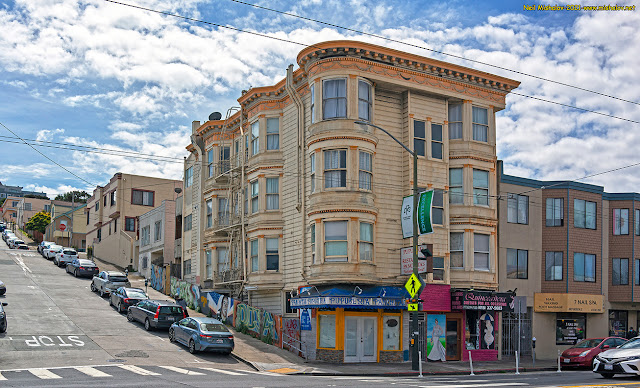