I have visited Gun Battery Townsley several times. The underground rooms of the gun battery were always closed and off-limits. I knew that eventually, the Golden Gate National Recreation Area authorities would open the underground area for viewing by the general public. About four months ago, I learned that the underground rooms are now open on the first Sunday of every month. Sunday, February 7, was my first opportunity to explore the interior of Gun Battery Townsley.
I began this ramble at the Tennessee Valley Trailhead in Mill Valley. I started at Tennessee Valley because before visiting Battery Townsley, I wanted to traverse over the proposed site of the city of Marincello. Marincello was to be a town of approximately 20,000 people, complete with a landmark hotel atop the highest ridge-top, some 16 story apartment buildings, an industrial area, and a full range of commercial businesses. The city was to cover 2,138 acres within the Marin Headlands. Initial infrastructure construction began on Marincello, but the residents of the area fought fiercely to retain the Marin Headlands as open, undeveloped land; they succeeded. Construction of Marincello was eventually canceled.
I visited Gun Battery Davis on 14 February 2016. It was constructed at Fort Funston in San Francisco, during the same time that Battery Townsley was built. 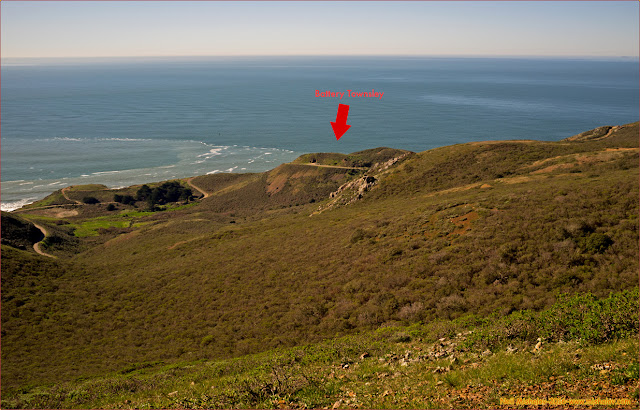 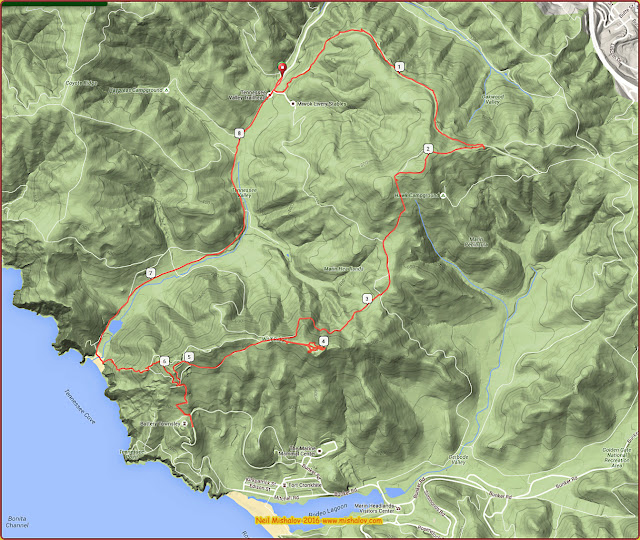 The approximate distance traveled was 8.4 miles. The approximate cumulative elevation gain was 1,864 feet. Mile markers are shown on the GPS generated track.