Novato – A ramble from San Marin High School to the summit of Mount Burdell: December 2018 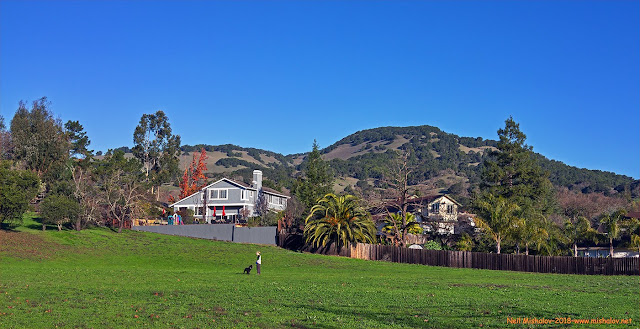 This is a view of the summit of Mount Burdell, 1,558 feet (475 meters), as seen from a street in the City of Novato. The picture is looking north. 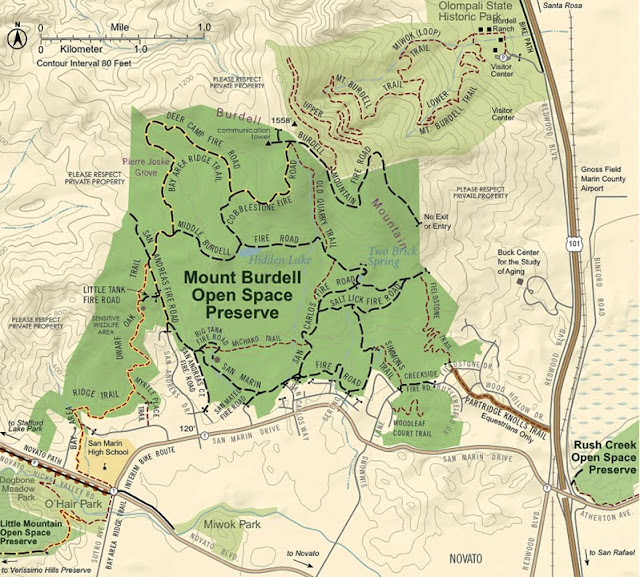 This ramble started at San Marin High School, and we immediately started climbing up the Bay Area Ridge Trail. We continued onto the Dwarf Oak Trail, and then went up the Deer Camp Fire Road and the Cobblestone Fire Road. After which, the summit beckoned, and we summited Mount Burdell. Our descent from the summit of Mount Burdell back to Novato was more direct: we went down the Old Quarry Trail, the San Carlos Fire Road, and the San Marin Fire Road. It was then onto San Marin Drive and the return to San Marin High School. The round trip distance as recorded by a Garmin GPS was approximately 7.8 miles and the cumulative elevation gain was about 1,574 feet. 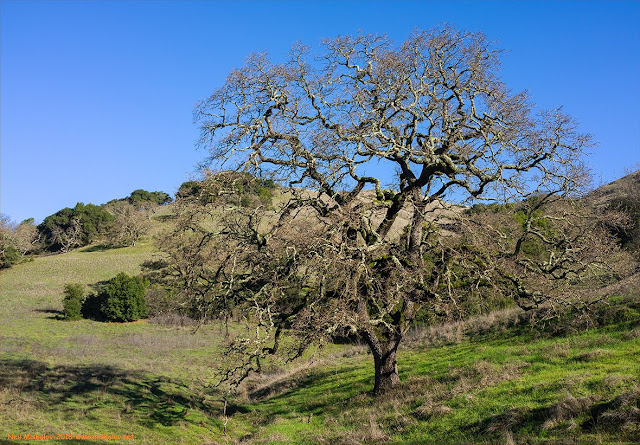 Here is a delightful oak tree as seen from the Dwarf Oak Trail. 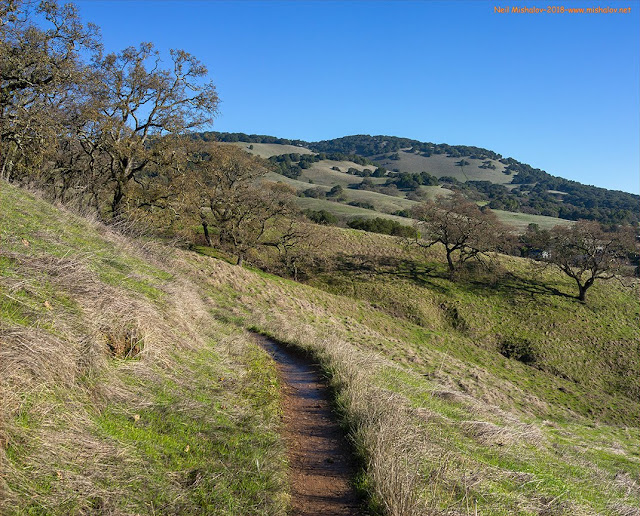 The picture was taken from the Dwarf Oak Trail. 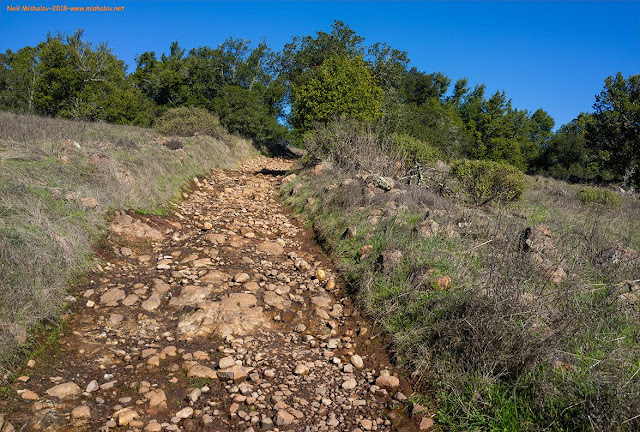 Yes, this is the Cobblestone Fire Road; we are near the summit. 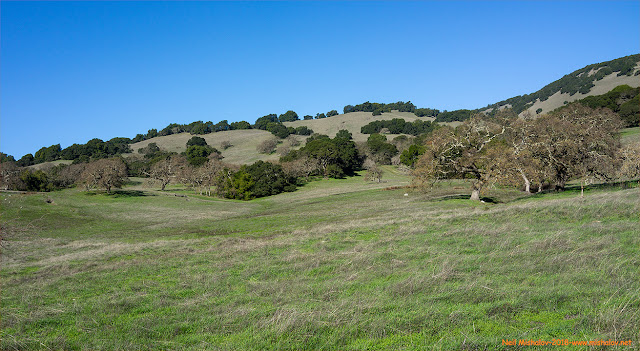 Here is a view from the Old Quarry Trail. 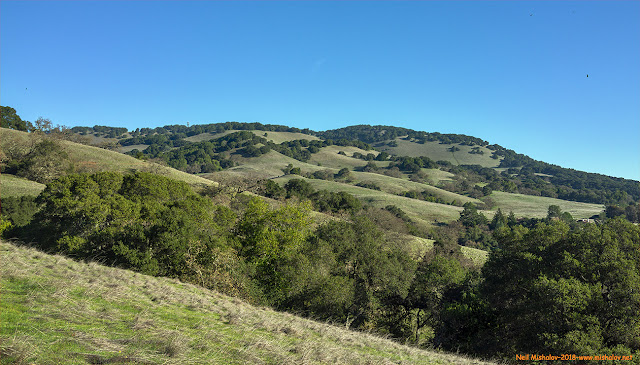 We are cranking up the Dwarf Oak Trail. 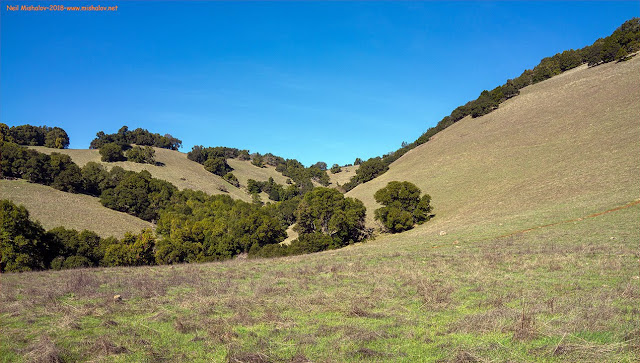 This is a view from the Old Quarry Trail.

This picture was taken from the Deer Camp Fire Road. 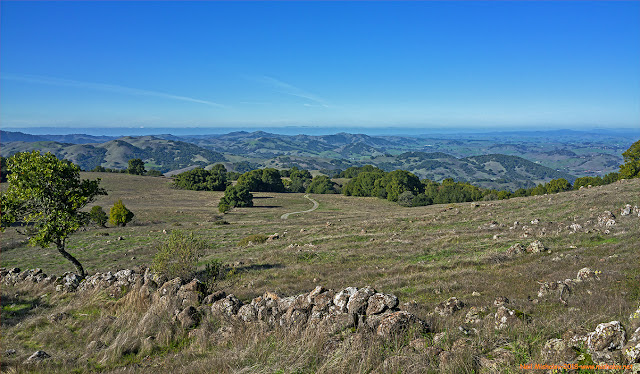 Here is a scene from the summit of Mount Burdell. Chinese laborers constructed a rock wall at the summit in the 1870s, the remnants of which can be seen. The Pacific Ocean is visible on the horizon, and the picture is looking southwest. 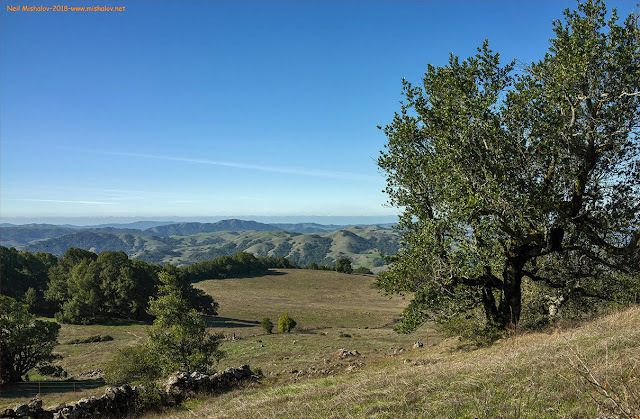 This picture was taken from the summit of Mount Burdell. The view is looking west. 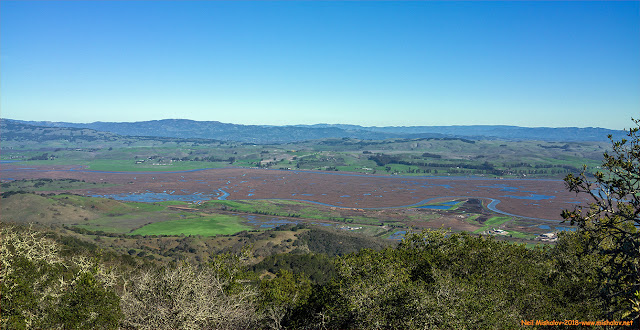 This is a view of the Petaluma River Marsh Wildlife Area as seen from the summit of Mount Burdell. The picture is looking east. 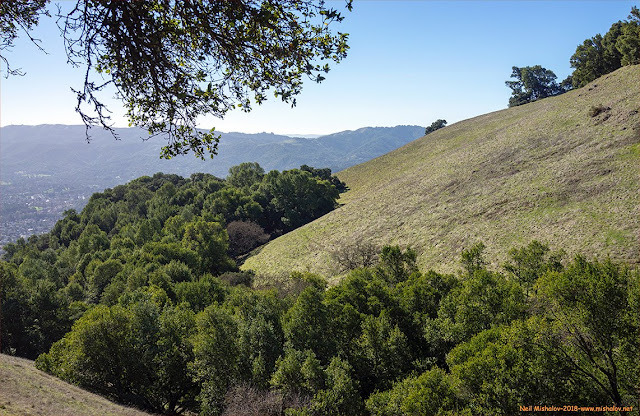 Traveling south on the Old Quarry Trail, and heading back to Novato.

"The important thing is not the camera but the eye." Alfred Eisenstaedt
The first volume of the San Francisco Bay Area Photo Blog contains galleries of photographs that were posted on the Internet between 2002 and 2011. Click Here to view those photos.